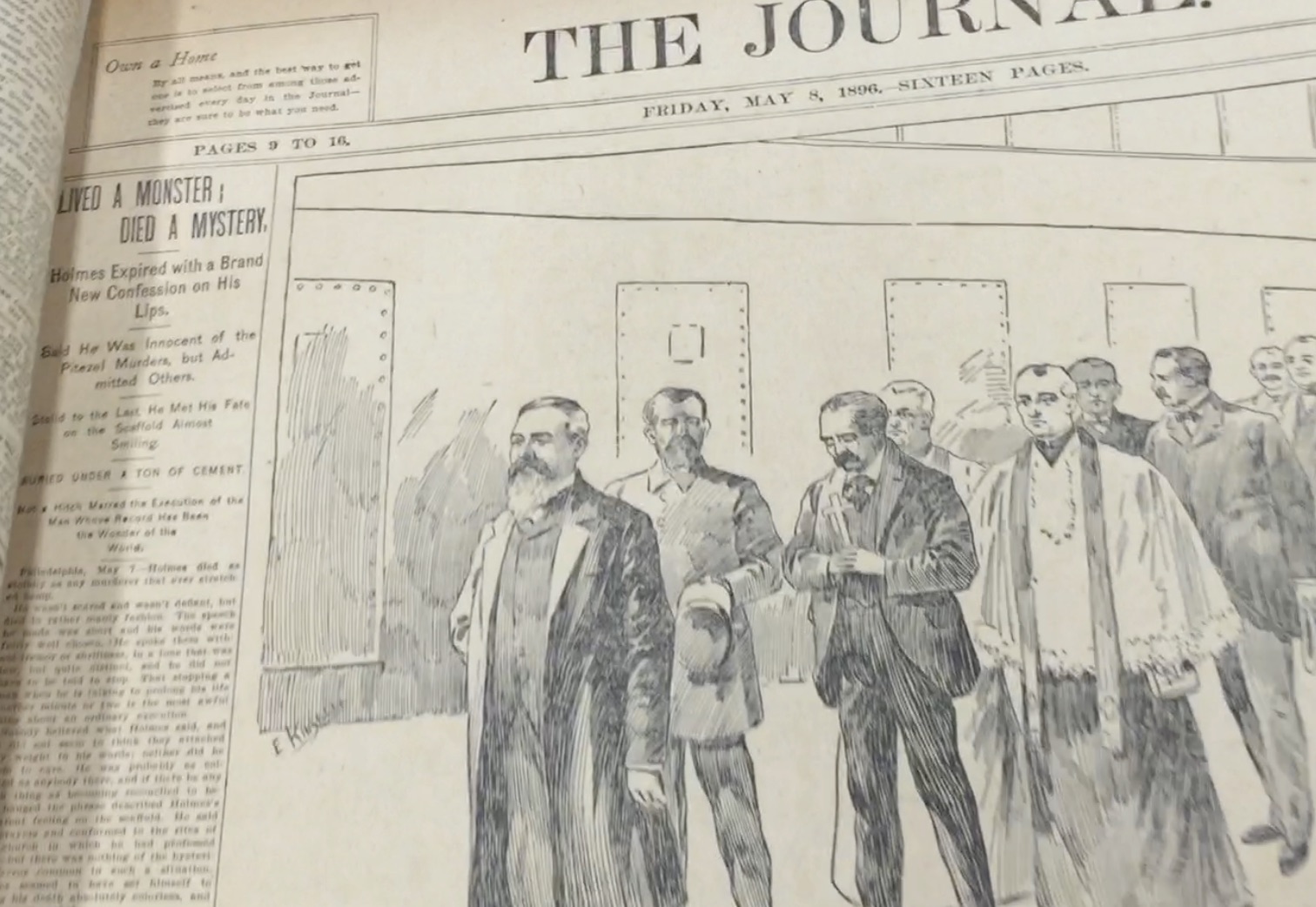 In August, Simon and Schuster will be publishing my new novel, Just Kill Me, which is all about a ghost tour guide who makes places more haunted by killing people at them. I’ve put together a series of short videos on the research that went into learning about the different tour stops that appear in the book, all of which are stops that I used on ghost tours myself over the years.

First up is one on the “Body Dump,” the site where H.H. Holmes had some connection to a glass bending factory, featuring some of the research I’ve done on Holmes. This video focuses mainly on excavating that site, but also on the techniques I use to research him in newspaper archives – the trick with Holmes is getting the right newspapers, the ones that really had a reporter on the ground, conducting interviews, investigating locations, publishing letters, and more. No paper is a perfect source for this; you’ll never find good data on the “castle” site in the Philadelphia papers, but those papers did cover his trial, interview him in prison, attend the execution, etc. Chicago papers did in-depth research in Chicago, but sometimes their Holmes quotes were really just things his lawyer said that they re-arranged to look like a first-hand quote. Meanwhile, Texas papers found better data on the Williams sisters, only St. Louis papers spoke to people he’d swindled there, etc.  Some of these papers you can get online, but many are still only on microfilm, particularly in Chicago. Sorting out good sources from bad is a real puzzle to solve, but it’s certainly not impossible to do.

Last month I even spent some time at the Library of Congress in Washington, D.C., scanning through reels of a few Philadelphia and New York papers I hadn’t catalogued, as well as getting the New York Journal and San Francisco Examiner to trace just how much influence William Randolph Hearst had on the story. The answer is fairly little; for most of the story, he only owned the Examiner, whose coverage of Holmes was basically indistinguishable from that of any other paper that was far from the scene of any action; they covered him quite a bit, but it was an also-ran story compared to their coverage of Durrant, a more local murderer (who, coincidentally, also had a victim named Minnie Williams). Hearst bought the Journal in Fall of 1895, and seems to have probably been running things by the time the trial got under way, though it’s hard to ascertain due to some gaps in the reels. They were one of two papers that jointly paid Holmes for his “confession” in 1896, and his hanging was front page news the next month, but by then they’d pretty much moved on. Their headline and artwork from the execution can be seen in the video. Enjoy!