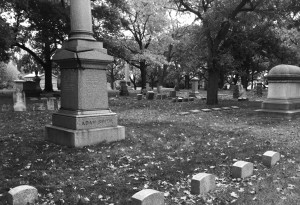 (listen to the podcast above, or see us on iTunes!)

So, here’s a tale for you all:

In the winter, I drive for Lyft, one of those “taxi alternative” apps. And I love it – I always had this secret dream of being a cab driver, living like a character in an early Tom Waits song. Which is exactly what the job is like. I drive strippers to job interviews, get medical students liquored up before their first cadavers, and, fairly often, turn the ride into a historical tour. I end up one on my ghost tour route all the time, and frequently bring passengers to buildings that I talk about on my architecture tours. I have a “passenger notebook” where people add drawings and plug their bands – check out its Twitter page.

On the evening of Sunday, Jan 14, 2017, I picked up a young woman in Rogers Park, on Ashland just above Pratt. A guy who looked like Pedro from Napoleon Dynamite got in with her, sitting behind me. As we drove along I made basic small talk (“So, you two live in Ravenswood? How do you like it?”), and noted that I seemed to be ended up around Rose Hill Cemetery a lot when we passed over the road that leads to the gate. She asked if I’d ever been there, and I talk about how I actually give walking tours there as the GPS took me along a road right beside the gate. It was a very pleasant ride all around.

When I pulled over at the Ravenswood address, she got out of the car – and no one else did.

“Wasn’t there someone else in the car with you?” I asked.

This is the sort of thing that can happen in the dark – I must have thought a guy on the sidewalk was getting in with her, but he didn’t. I was focused on looking ahead of me or at the map for the most part, not behind me. I’d brush it off as just pure silliness except that, well, we DID drive right by Rose Hill Cemetery!   I immediately pulled over and tweeted out the story – it appeared that we had a new hitchhiker in town to compete with Resurrection Mary: Rose Hill Pedro! If you believe in Rose Hill Pedro, all your wildest dreams will come true…

Now, I’m hesitant even to tell this story, because, having worked in the ghost tour biz for a decade and having written numerous books on ghostlore, I’m the LAST guy you should consider a reliable source – it’s in my direct financial interest to see a ghost. Also, I assume it wasn’t really a ghost – the woman in the car didn’t see anyone else there, after all, and I’m not the sort of person who thinks he can see things that other people can’t (unless I’m talking to people who didn’t like the movie Sing Street, in which case I obviously can). And I’m not holding this up as serious evidence of the paranormal – it’s far more likely this was just the result of my brain playing tricks on me in the dark – except that I’m pretty sure I DID look in the rear view mirror and see the guy once, shortly before we came to Rose Hill.

And, honestly, having investigated ghost stories for years, I’d say that if I’d collected the same story from someone else, it would be in my top 5% of ghost sightings. It gives me some first-hand insight of where some of these stories come from. Even after figuring out what must have really happened, I’ll admit that I felt spooked for a bit when I got home! If I wasn’t as skeptical as I am, or not as familiar with this sort of thing, it could easily have grown into a much wilder tale, first in my mind and then in my eventual retellings.

So Rose Hill Pedro now joins the ranks of Resurrection Mary and The Vanishing Flapper among Chicago’s vanishing hitchhikers. Welcome to the club, Rose Hill Pedro!