excerpted from one of the sections I wrote for the Weird Chicago book in 2008, with a couple of additions:

Plenty of bodies besides that of Ira Couch are still in Lincoln Park, which was once City Cemtery, but only one of them besides Ira Couch still has a grave marker there – David Kennison, one of Chicago’s first great con artists. 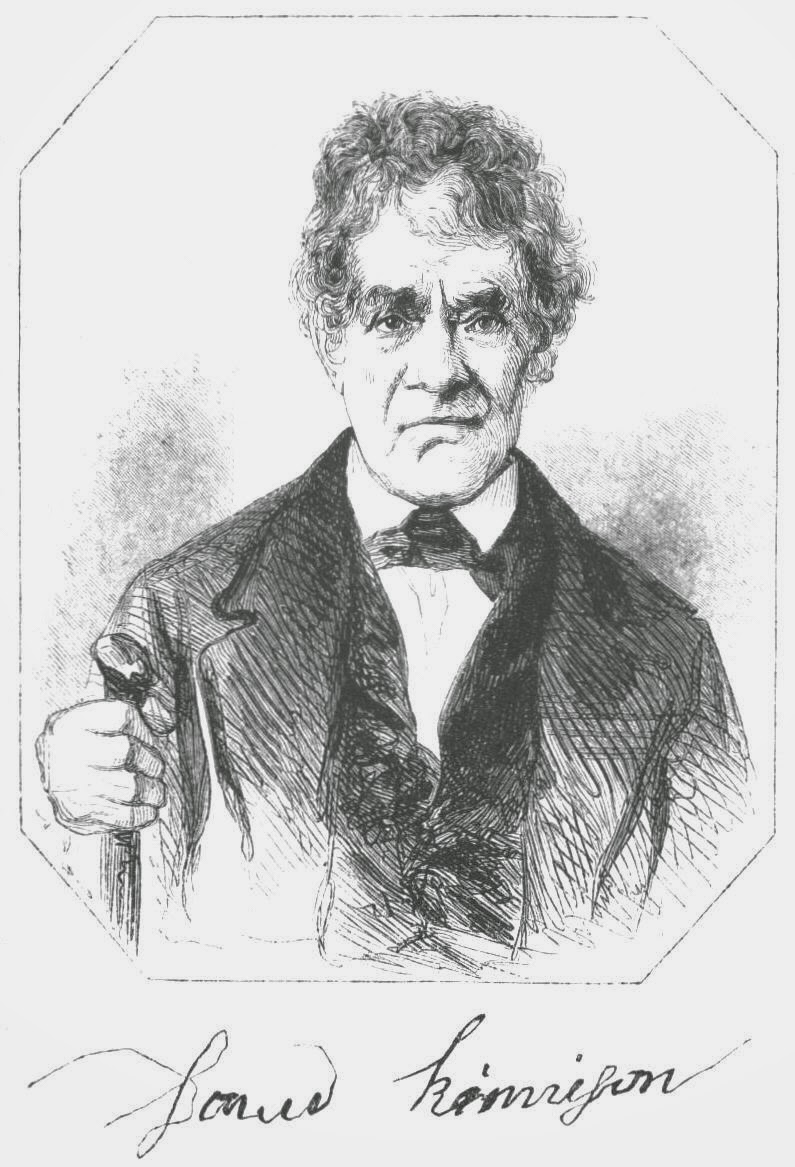 Kennison was an old man living in the care of the William Mack family (or Henry Fuller, depending on which source you’re reading) when he came to Chicago in 1848. At the time, he claimed to be 111 years old, and that, while he was mostly bedridden, he could still get up and walk 20 miles in a day if he felt like it. He further claimed to have been the last surviving participant of the Boston Tea Party, and bequeathed to the historical society a small vial of tea leaves that he swore were from the tea party itself – the Chicago Historical Museum still has a box of tea leaves with a signed note from Kennison today.
But his participation in the Boston Tea Party was the only the beginning of Kennison’s story. He further claimed to have been present at the Boston Massacre, the Battles of Bunker Hill, Lexington, Brandywine, and just about every other major battle of the Revolution, up to and including Cornwallis’s surrender at Yorktown. And, even though he was in his mid-70s when the War of 1812 broke out, he had fought in seven battles in that war, as well. He even claimed to have been at Fort Dearborn for a while.
The story was awfully farfetched, but Chicagoans ate it up. When he died in February of 1852, hundreds attended the funeral at Clark Street Methodist Church, a military band (his favorite kind) accompanied the funeral procession, and he was buried with full military honors in City Cemetery. The local Daughters of the American Revolution named their chapter in his honor, and a generation of Chicagoans considered him one of the greatest heroes of the city’s pioneers.
After the cemetery was moved, Kennison’s body was left, but the marker disappeared. In 1880, the Chicago Tribune launched a search for old-time residents who had attended the funeral and could remember exactly where he was buried. Those who were still present were able to pinpoint the spot within a few feet at a spot just North of the Couch tomb, and a flag was raised on the spot until a more permanent monument could be erected. Today, a large granite boulder stands on the spot within a few feet of his burial place with an aluminum plaque listing his accomplishments.
(added paragraph): According to some terrific research done by Pamela Bannos, the city’s resident expert on City Cemetery, they put him in the wrong spot. The boulder was placed on the site where the funeral services were held, but the actual burial was a few days later, near the site of the Couch tomb. Actual burial services were seldom attended in those days – you have to remember, City Cemetery was a very early example of a “garden” cemetery. Most people buried in large cities were buried in crowded churchyards, where the stench was thought to be hazardous to one’s health, and where every turn of the shovel was likely to turn up something unpleasant. This wouldn’t have been nearly as big an issue at City Cemetery as it was in churchyards, but burial services were not exactly customary yet. Kennison’s remains were placed in a vault for a few days after the cemetery, then buried in the grounds.
Several official city sources still speak of Kennison as a hero of the Revolution, but this only speaks to his real skill – Kennison was one of Chicago’s first great con artists. Throughout his time in Chicago, he took several opportunities to use the story of his life to hit people up for donations. But the story was just that: a story. At the time of his death, researchers have now learned, he was actually only in his mid 80s. Any historian who gave his stories even a cursory glance had known that they were full of holes since at leat the 1910s, and by the end of the 1970s historians had determined that his stories of being a Revolutionary War hero were entirely made up.
Still, he seems to have made good use of his powers as a con man – thinking they had a hero in their midst gave some of the earliest Chicagoans a reason to be proud of their city. And, when a group met in Chicago to debate whether or not slavery should be expanded into Illinois, Kennison is said to have attended and to have proclaimed that he had fought for the freedom of all people, not just the white ones, and urged all those present to do everything in their power to abolish slavery. Perhaps a few of the Chicagoans were thinking of his words when they volunteered for service in the Civil War a decade later…
coming tomorrow: a bit about the only actual Revolutionary soldier thought to have been buried in Chicago proper….
(Visited 1,256 times, 1 visits today)