While I was going through records and files from old tours today, I came across one from a girl named Anna Schultz from 2007 that I somehow never noticed before. Around that time (especially the summer before it) there were lots of reports of the ghost of a little girl at Hull House, who we nicknamed “Becky.” We’ve no idea who this might be the ghost of, but if I made a list of the 10 coolest possible ghost shots I’ve seen, at least three of them would be “Becky” shots. Here’s Anna’s. 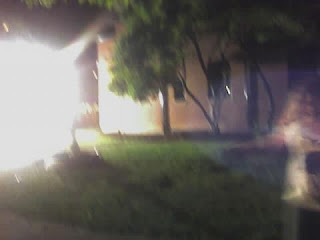 Anna noted in her email that no one was in the garden when the shot was taken. As always, I won’t vouch for it as “authentically paranormal,” but I sure can’t explain this one!
(Visited 128 times, 1 visits today)

One thought on “Ghost Pic from the Vaults”