The following (fake) newspaper article was found taped to the back of the Couch vault: 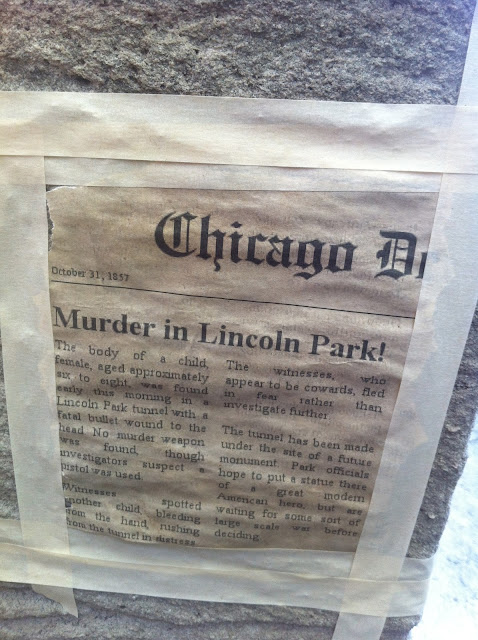 Though the article is too funny to be real, the date is a giveaway – it’s dated 1857, several years before they started naming parks (or anything else) after Lincoln. The space was still called City Cemetery then
Nearby was another item, a fake section of Ira Couch’s will: 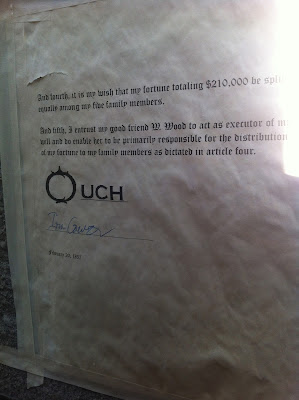 Besides the fact that printers didn’t exist in those days (or ballpoint pens, with which the signature appears to have been added), I’m pretty sure Couch’s net worth was more than 210k.
So, I assume this is part of a scavenger hunt, letter-boxing, or “How to Host a Murder” sort of thing? Well done, in any case!
(Visited 130 times, 1 visits today)