Twenty-five profiles of notable jerks from Chicago history who are too dead to complain that I’m making fun of them – available now from Globe Pequot Press. 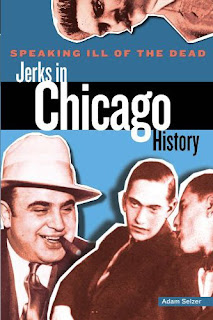