In today’s episode, Adam and Erin wander through Graceland Cemetery on a hot, hot Chicago day. Will we be attacked by the green-eyed ghoul said to haunt the Wolff tomb? Followed back by Inez Briggs? Beaten up by the ghost of Jack Johnson? Or will Adam succeed in his lifetime goal of punching Marshall Field? Listen in!

Downloadable through feedburner, archive.org, or in a few minutes it’ll be up on

The “Cemetery Safari” song is by Scapegoat 95, who will play the first full-length show in their nearly 20-year history as a band at Windycon! See their latest single, Smells Like Family Matters.

Some photos of graves we mention (click to enlarge):

Eternal Silence, the “Statue of Death” marking the grave of Dexter Graves. 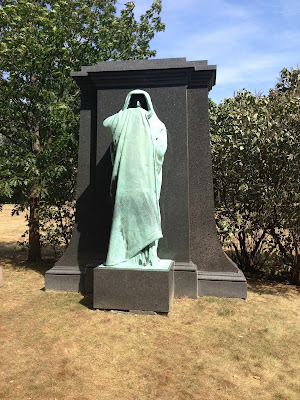 Daniel Burnham’s island. Is it just me, or is a place just like this where YOU picture all those old murder ballads where a guy leads his love into the woods to kill her taking place, too? 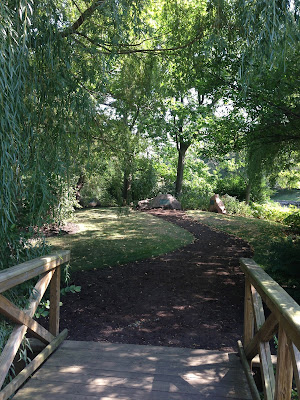 The tomb of Ludwig Wolff, one of the supposedly-haunted tombs in the cemetery: 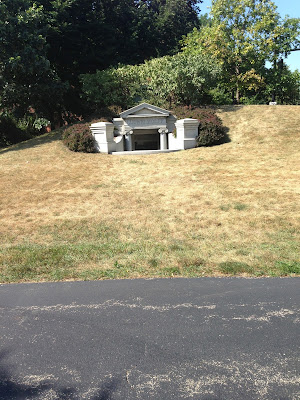 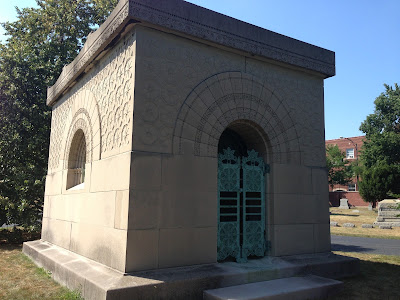 Adam was thrilled to run into the graves of E.G Keith and his brother Edson. E.G. was the guy who owned the Keith House, the Prairie Avenue mansion (sometimes said to be haunted itself) that looks like something out of Scooby Doo. It’d be a shame if this place wasn’t haunted: 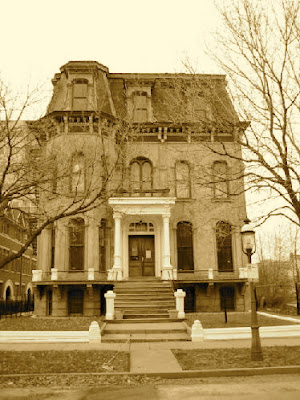 The famous statue of Inez. The cemtery’s claims that the girl never existed never quite rang true; their story was that there was never any such girl as Inez Clarke, that the only child buried here was a boy named Amos Briggs, and the statue was just an advertising piece for a sculptor. But do sculptors normally put up statues that look so much like normal monuments as advertising? And why did the stone say “daughter of” followed by information about the Clarkes?  It eventually came to be known that the girl’s name was Inez Briggs (Clarke was her mother’s married name); she was listed as “Amos” due to a simple transcription error (curse you, cursive!). Stories that her parents locked her out during a lightning storm are false, though, and it continues to be odd that her mother swore under testimony on file that she had no daughters (presumably in some sort of proof of heirship testimony; I’d have too see the affidavit). 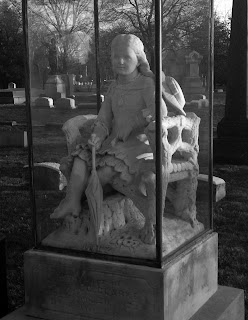 The grave of Charles Dickens’s no-good brother Augustus, who lived and died on Clark Street with his wife (well, his American wife), who died of a morphine overdose one particularly un-Dickensian Christmas. 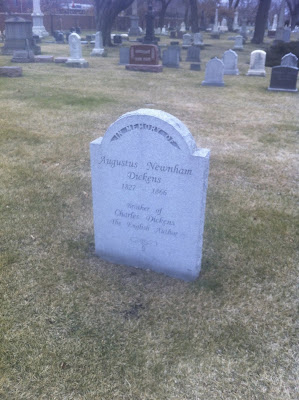 To follow up on a question raised in the podcast, Ebert is not interred at Graceland, though a private visitation was held there for him after his death, and his widow says that it’s likely that he will eventually be interred there.
(Visited 501 times, 1 visits today)