The studio space he and the other Essanay stars (including Broncho Billy, Francis X. Bushman, and Ben Turpin) used is still basically intact (see pictures below) – currently being used by the culinary arts department of St. Augustine College. Meanwhile, down in the basements, the film vaults are still intact, and still recognizably vaults. The films are long gone, but the sign saying “Safety: Film Only” remains on the heavy metal door. We couldn’t believe our luck in getting to see this stuff!

(Update: we now think that Al Sternberg’s, the diner where the casts and crew would hang out for lunch, was at 5000 N Broadway, where the New Saigon restaurant is today. We have this as an address for Albert Sternberg as of 1928. But this isn’t necessarily correct – it was over a decade later and there’s no indication that it was a diner or tavern in the directory. However, having Al Sternberg in a building at exactly the right intersection is a pretty solid clue).

St. Augustine College is looking to secure funding to convert the old studio space into a multimedia cultural center where films and plays can be produced – it’s still a great space for filming! For information, contact Alfredo Calixto, the Vice President for Institutional Advancement. Call 770-eight -seven-eight – 3569, or email acalixtoATstaugustine.edu . See staugustine.edu for more info. 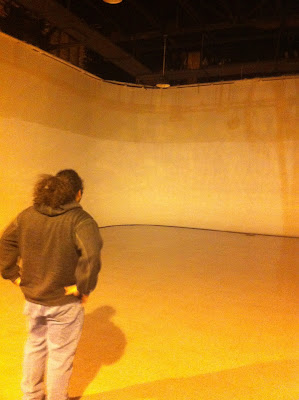 Hector in the studio space 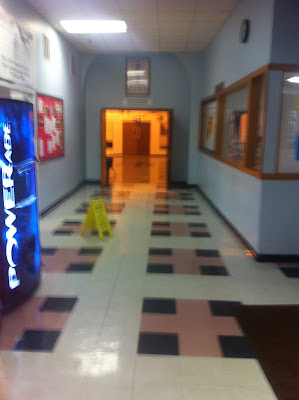 The hallway leading to the auditorium/studio.
You can see by the cut-off arch that the ceiling was
much higher then. 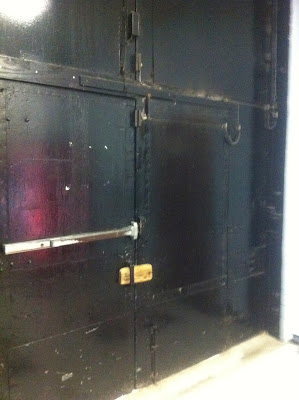 The rising double doors that were used to get scenery and large
equipment into the studio in Chaplin’s day. 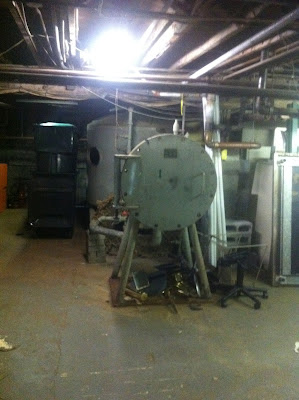 The basement. The furnace-looking equipment
is said to be old film-processing stuff, but exactly
what’s what is a mystery we’re still solving! 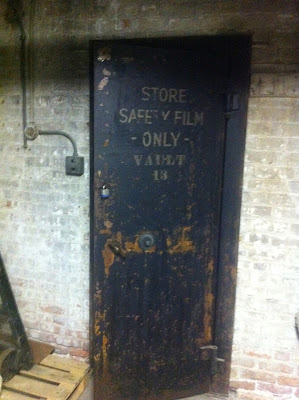 The old film vault. Is this cool or what? 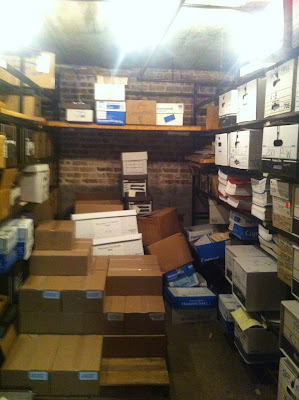 Because we knew you’d ask: The inside of the vault! The shelving
is thought to be original. 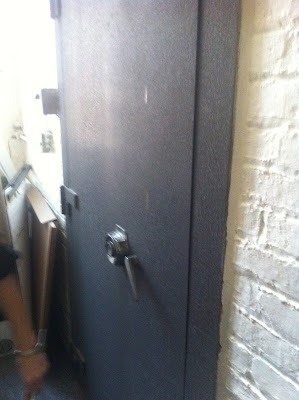 An upstairs vault with a heavy combination. I noticed
an “escape device” on the inside, so you can’t
be locked in, like this guy I just saw on Columbo.

Here’s Chaplin’s one film made here at Essanay in Chicago, HIS NEW JOB. Click the embedded link below for commentary from Mike!