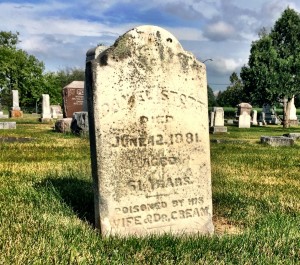 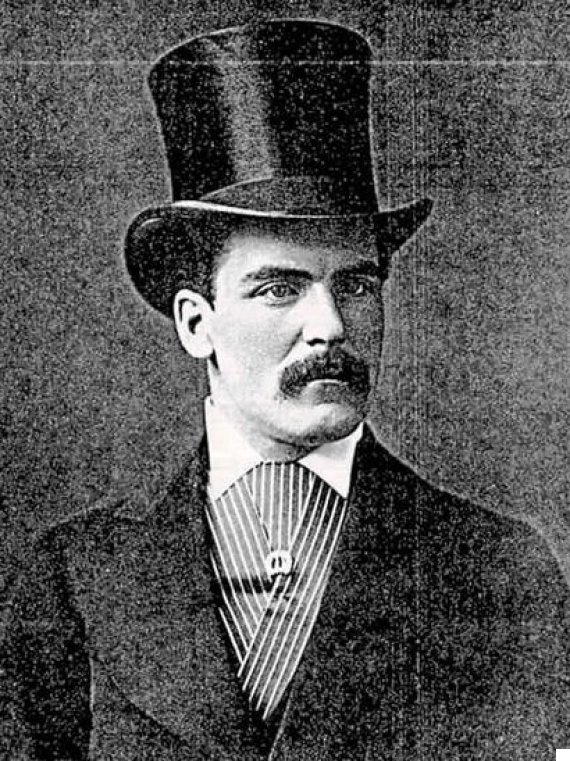 A few months ago I had to take a quick trip to Madison, WI and made a side trip along the way to Garden Prairie, IL, searching for the grave of Daniel Stott, which lies in a quiet little graveyard surrounded by farmland. Most of the gravestones there are faded out and hard to read, but you can’t miss Stott’s, pictured above, which even gives his cause of death: “Poisoned by his wife and Dr. Cream.”

Dr. Thomas Neill Cream may qualify for the mantle of “Chicago’s first serial killer,” though it depends a lot on what you count as a serial killer (there’s a lot of debate here, but he qualifies for it at least as well as H.H. Holmes, who arrived in Chicago five years after Cream was imprisoned).  We discussed him here before with Did Thomas Neill Cream kill Alice Montgomery, a look a murder in his neighborhood that sounded a LOT like his handiwork. She died from strychnine-laced painkillers after an attempted abortion, which was his usual m.o. An Madison Street doctor by trade, he performed abortions on the side, and had a habit of tampering with medicines to add more strychnine, then trying to blackmail the pharmacist.

To get more on Dr. Cream, this podcast includes a skype chat with Amanda Griffiths-Jones, the first to examine Cream’s prison record from Joliet, which she used for a novel entitled Prisoner 4374, all about Cream’s career based on her unique findings. She was a pleasure to chat with! Check out her book for a lot more info on Cream and what sort of killer he was – including her theory on where the idea that he was Jack the Ripper came from.

Yes, Cream is sometimes said to be a Jack the Ripper suspect – legend has it that on the scaffold, when he was eventually hanged in London, his last words were “I was Jack The…”  It’s generally not taken seriously, since Cream was in prison in Joliet while Jack the Ripper was active in London. Some research into the story told me that the story came from an article published in a number of newspapers after the hangman, Jack Billington died – apparently a UK paper had a huge article of the hangman’s stories, retold by one of his friends, and the friend said that Billington always believed that Cream was the ripper.  A number of 1902 papers worldwide carried the bit about Billington  being the Ripper, and one book later included an excerpt of another story (I tell it in the podcast), showing that it’s part of a larger article. But no accessible paper that I can find (so far) included the whole article, and the Bolton, England paper in which the article originated is only on microfilm – possibly only in Bolton! I’m not going that far for an article.