Some interesting shots from the tours lately.  First of all, for you Hull House fans, the last tree in the adjacent courtyard (subject of much ghostlore and superstition) fell down some time in the last week: 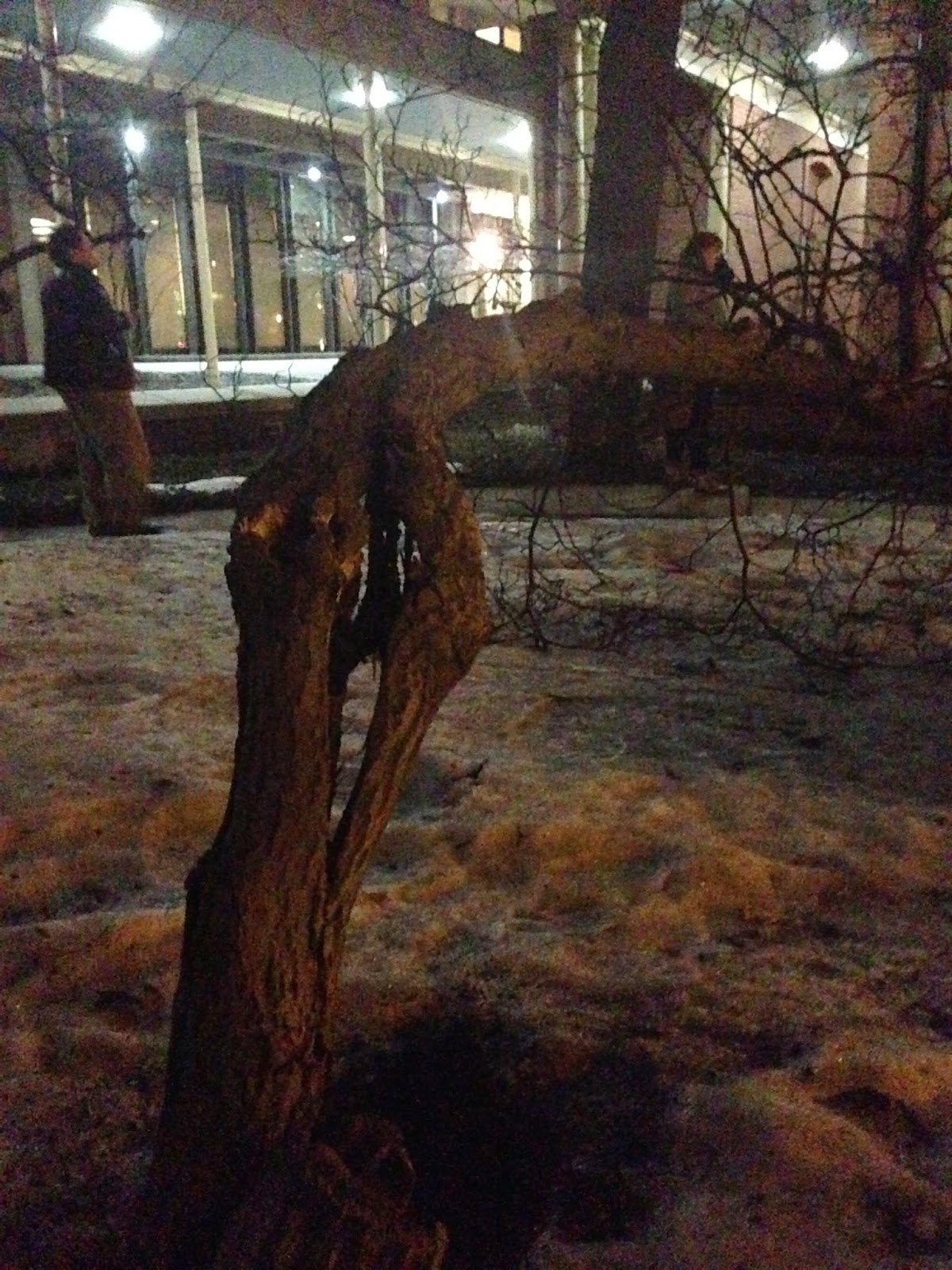 The garden / courtyard area is the subject of a lot of real nonsense stories that go around – people like to say that it was an Indian burial ground, an abortion graveyard, or any number of thoroughly debunked stories.  But not every story about it is untrue, and we do have some weird nights there on the tour.
On the Saturday tour, Amanda K. picked up a shot at the HH Holmes “Body Dump” site, where he had a building he claimed was a glass bending factory (we’ve talked about this place a lot here; it was well north of the famous “castle,” but very near the homes of about half his known Chicago victims, and, well, there’s a short list of things a known multi-murderer who didn’t really know how to bend glass would have been doing with a 150 foot long furnace). We get pictures of shadowy figures here quite a bit – look in the background of this one, back behind me and to the right: 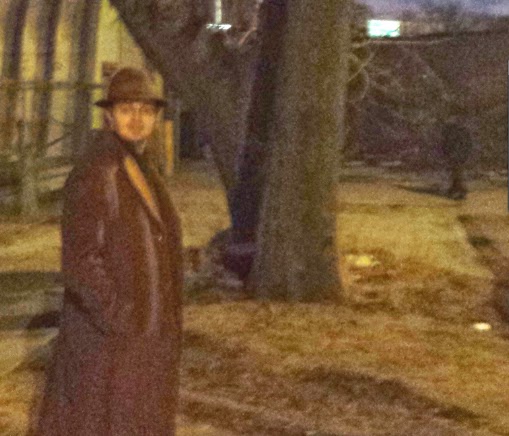 This is a detail of a larger shot, with the exposure turned up a bit. My guess would be that the figure in the background was just a person on the tour that the photographer didn’t notice (though she was certain that there was no one there). The fact that it casts a shadow is certainly a mark against it being ghostly, but when I tried to reproduce the effect on the 10pm tour I couldn’t quite find a way to stand in that area that would make my shadow go in quite the same direction (it’s all artificial light).  You know what I always say: there is no good ghost evidence, only cool ghost evidence.
And hey, while I’ve got your attention, we’ve been re-releasing all the Smart Aleck’s Guide ebooks this week, including our guide to Grave Robbing, which features several Chicago grave robbing stories:
There’s more on Holmes, the “body dump” and Hull House in our Ghosts of Chicago book (Llewellyn 2013),  and our newly revised and greatly expanded Murder Castle of HH Holmes ebook.
(Visited 274 times, 1 visits today)