Hi, guys. You’ll never believe what I discovered today at the Holmes Murder Castle site. I was there all day with a TV show, including a trip into the basement. I’ll have more details and stories later (and LOTS of photos), but for now all I can do is tease.

So, anyway, the mysterious discovery: Nearby the murder castle apparently once stood….THE DISCO SALAD BAR! 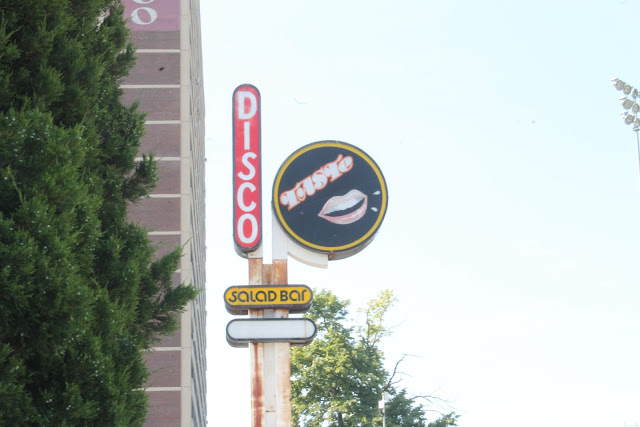 Now, the salad bar appears to have been closed for years. However, it WAS operational in the last quarter century. Rory, who has been the security guard at the post office that occupies part of the murder castle site since 1986, told me he used to go there for lunch sometimes. “It was okay,” he said.
(Visited 293 times, 1 visits today)