One of our favorite topics around here is The Foolkiller, the submarine found in the river in late 1915 that contained the skulls of a dead man and his dog. How old the sub was, who the guy was, and what became of the thing, are some of the city’s enduring mysteries. People tend to think I’m kidding when I tell the story about kids being admitted to see the wreck and the corpses for half price on Saturday mornings, so I’ve started bringing along a copy of the original ad from the Tribune that I dug up: 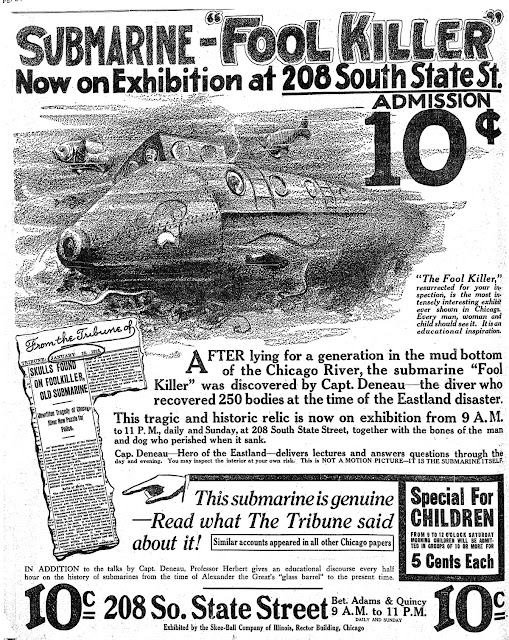 Yes, the thing was actually on display in the loop – dead bodies and all! Inflation has certainly gotten bad lately – the goodman theatre offered to show me a skull lately, and the price has has gone up from a dime to $500! It was eventually put on display in a carnival that traveled the midwest, and its last known whereabouts were on the midway at Riverview in late 1916.

One thought on “The Fool Killer Submarine ad”