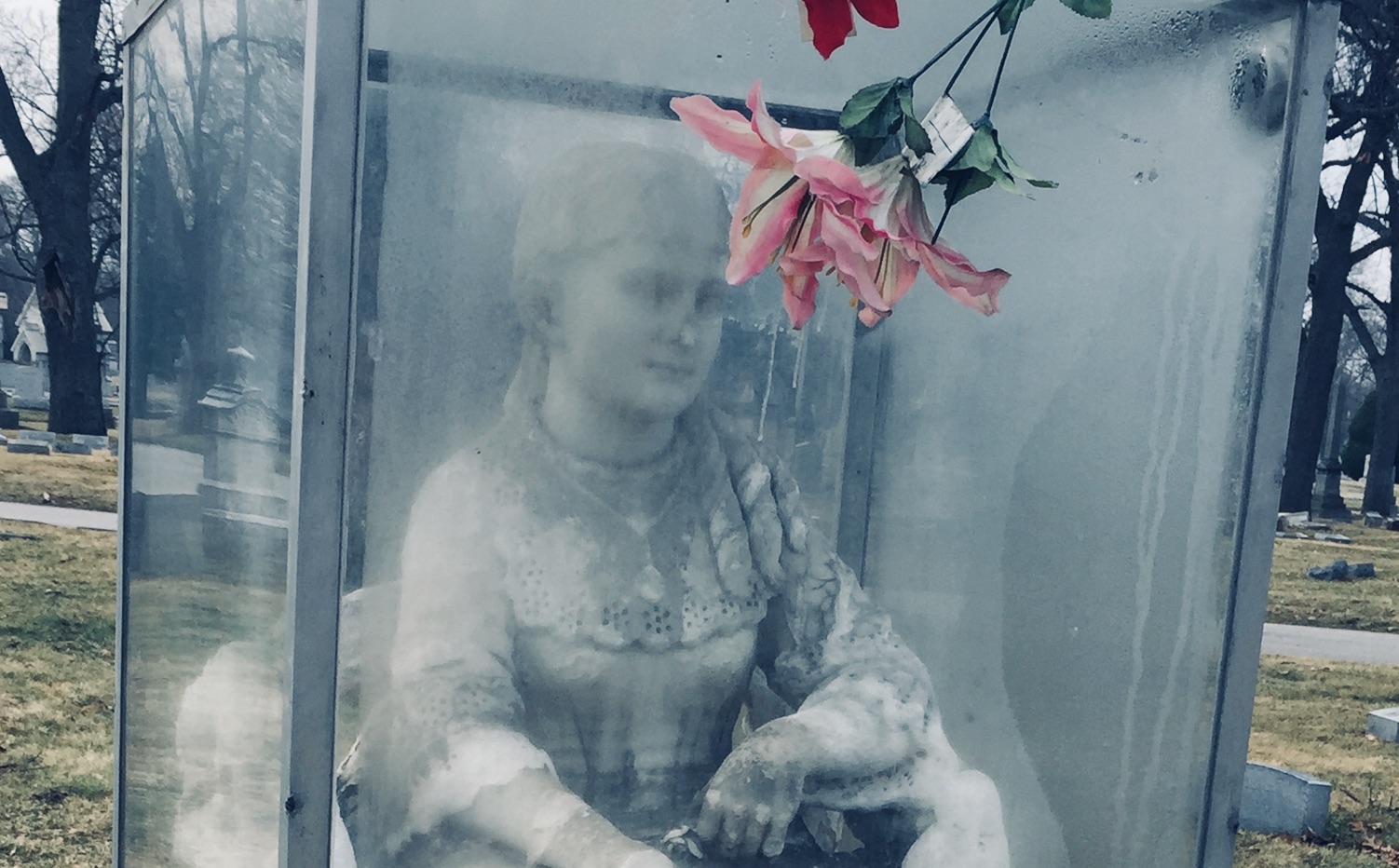 When I run Rosehill tours, I mostly stick with the eastern sections. But at least one detour is always in order: you can’t leave out Lulu Fellows, the glass-encased statue of a young girl who died in 1883 at the age of 16. Her epitaph, “Many Hopes Lie Buried Here,” is not unique; it shows up on other 1880s graves in the cemetery as well, and, really, could be added to almost any tombstone. But next to the statue (carved by AE Gage, who also created the “Inez” statue at Graceland), it really brings home the fact that we’re looking at a young woman whose life was cut tragically short.

For the longest time, little was known about Lulu beyond what one could piece together from census forms and her death certificate, but the digitization of newspapers and books has made a few more tidbits available, shedding some light on the sort of “hopes and dreams” that died with Lulu.

Lulu was a rising elocutionist – a theatrical profession that doesn’t really exist anymore, and is largely erased from cultural memory. Though people still give dramatic readings of great literature, famous speeches, and comic bits at things like public speaking competitions, the practice of going to a theater and buying a ticket to see a famous elocutionist was regarded as old fashioned even a century ago. It was common in the 19th century, though, Lulu was noted for her talents. Notes from a magazine published by her professor indicate that she performed for Robert Todd Lincoln, and the magazine further published a January, 1882 letter by Mayor Carter H. Harrison, stating that he’d had the pleasure of hearing her “read” in 1880. “She will,” he wrote, “from all I caln learn, teake a high position as a reader in public. I take great pleasure in commending her to all who admire and enjoy elocution.”

A student at the Park Institute, at Ashland and Ogden at Union Park, Lulu studied under Professor Dickson, himself a noted elocutionist, and was a member of the C.E.G. society – which presumably was somehting to do with elocution, though I can’t for the life of me find out what it stood for! Sometimes listed as the “C.E.C. Society,” it seems to have existed at no other school. But the society gave performances at churches and homes around the city (particularly those near the school), and the press often mentioned the performances.

Most of the time, the reviews only noted that Lulu performed a “recitation,” though a January, 1882 write-up of a performance at Third Presbyterian Church specifically mentions that she performed “The Brakeman at Church,” a comic piece in which a railroad man compares various religions to railroad lines. Like most Victorian comic pieces, it doesn’t seem very funny by modern standards (you can read it here), but the Tribune noted that she performed it “very acceptably and responded to a hearty encore.” The perfomance closed with the society (presumably including Lulu), giving a “tableux of statuary,” enacting poses of such scenes as “Columbia Mourning Over Garfield” (another style of performance that died out in the 20th century, remembered now almost entirely because of a satire in The Music Man).

Reading “The Brakeman at Church” today may not be thrilling, but to look on the statue of Lulu over her grave and imagine her reading it can be a moving experience, add a bit of life to the stone. Some reviews of the CEG Society performances note that crowds tossed things like bouqets at the stage; who knew that the people slipping money into the glass case around her statue were just carrying on the tradition?

Professor Dickson published a magazine, published in book form, called The Elocutionist, which gives an excellent idea of the course of study Lulu would have followed, what other pieces she might have performed in class or in recitals. It can now be read on Google Books.

1 thought on “The Lulu Fellows Statue at Rosehill – new info”