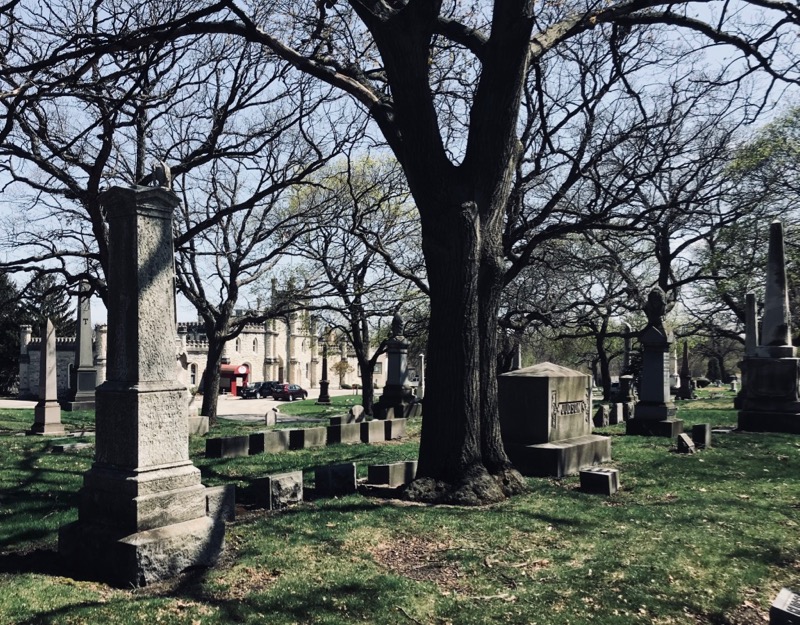 In 1899, Chicago millionaire Parker R. Mason began rehearsals for his own funeral. He selected the pallbearers, and brought in a vocal quartet to have them practice the hymns they would sing. He had a fishing buddy who was also a minister give him a preview of the eulogy and sermon he’d read. Then he picked out his burial suit, and made a note that the giant boulder outside of his mansion be moved to Rosehill Cemetery to serve as his grave marker.  The whole affair was one more story about Mason, the local eccentric, whose antics at his mansion, near Waveland Avenue and the lake, had amused his neighbors for years.

Mason, a whisky dealer, first came to the attention of the press in the press in the 1870s, when he was involved in the Whisky Ring scandals, one of those interminable 1870s scandals that you could probably understand if you wanted to put aside a couple of years to sort out all the details. His name appears in Ulysses S. Grant’s papers; during the scandal someone described him to Grant as “utterly disreputable and characterless.”

But all this was forgotten by the 1890s; by then, he was a well-loved north eccentric who was known for providing coffins and funerals for the poor.

After retiring from the whiskey business, Mason seems to have retreated to his mansion at Waveland and Pine Grove. The house itself was full of winding passageways and secret compartments. In 1895 some a deed was found in a hidden receptacle after having been thought to have been lost in the 1871 fire.  But the brick mansion was mainly a workshop and laboratory; the family mostly lived in a small wooden annex. Rumors swirled that he was secretly making the best whisky on the planet out in a cottage or barn out back.

At one point the neighbors became convinced that he was building a flying machine;  strange whirring sounds were heard and someone even saw something that looked like wings being brought into the place. It turned out that Mason was making a windmill.

Chief among the legends, though, centered around a massive boulder on his property, which he’d had cemented into the ground. Children in the neighborhood believed that it was a meteor that had fallen in exactly the position it landed in, though older “settlers” told stories of Mason having it brought in by a team of ox and mounting it with great difficulty and a lot of help.

It was this boulder that was supposed to be moved to Rosehill Cemetery, and a few years after Mason’s death, news that plans were afoot to move it caused some sensation among the neighbors, who now considered the massive rock to be one of the landmarks of Lake View.

The one certain thing is that it was never brought to Rosehill. Parker and his wife are buried there beneath a simple stone: