To celebrate the new Ghosts of Hull House ebook that will be released tomorrow, if all goes well, let’s take a look at a few of the more notable Hull House shots I had on my tours over the years. I’ve tried to get in touch with the photographers – if one of these is yours and you want it down, please let me know. I’ve come up with explanations for most of them by now, but I let myself keep wondering about a few. The house HAS been rumored to be haunted for over a century, even if most of the myths are just that.

Watch this space tomorrow for a new podcast on the mythology of Hull House and a link to buy the new Hull House book! It won’t hit itunes until the book is out, but you can preview the podcast right here! 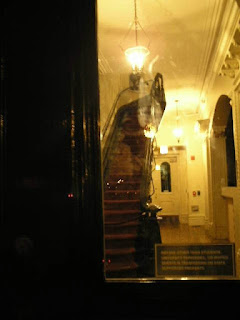 A “Little Girl with a doll” on the stair shot – one of few “stairs” pictures that aren’t reflections of ears. It could still be smears, though. 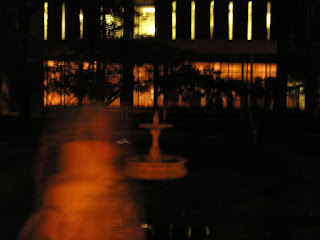 A particularly interesting shot that looks vaguely like a girl in a hoop skirt, photographed from behind. A couple of squiggly lines probably give this away as a weird camera malfunction – but one so weird that it counts as a weird photo all on its own! 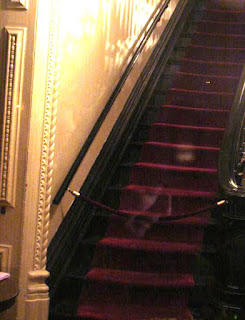 Maybe the coolest reflection shot ever. I’ll go ahead and play devil’s advocate by pointing out that while this is fairly obviously a reflection, it doesn’t seem to resemble anyone present when the photo was taken. 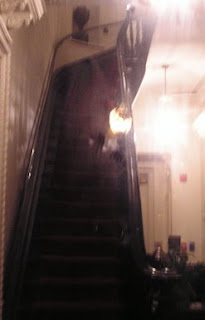 Taken, if I remember correctly, by the same woman who took the “hoop skirt” photo, this is probably another example of the “monk ghosts that are really people’s ears” phenomenon. 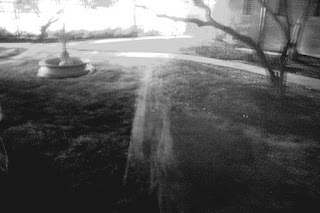 A shot from the garden. Don’t ask me what this is!

This is the window in which kids often told me that they saw a a woman in a white bonnet. Some claim to see a weird humanesque form behind the curtains (which were moving strangely the night this was taken. They usually just rustle a bit from the vents). I don’t assume that this is really a ghost or anything, but I’m not sure what it is.

As with all “ghost pictures” I put here, I make no claim that any are actually supernatural, even when I can’t explain them myself. There is no such thing as GOOD ghost evidence, only COOL ghost evidence. 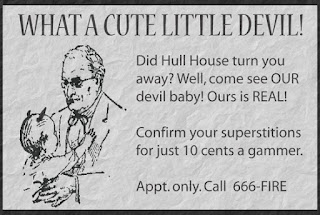 The most info ever published on the ghosts and legends of Hull House: