December 27th and there still hasn’t been any snow in Chicago, other than something like 1/10th of an inch at O’Hare a week or so ago. Here and there you see little patches on cars, but that’s about it so far.

This made it especially odd to pull into the “H.H. Holmes Body Dump” site on the tour the other night find it covered in a thin, but measurable, layer of snow and ice. Every other tour stop was completely devoid of the stuff!

One runs into odd things here – early on in my trips here was the night when the street was occupied by large birds with dead smaller birds in their mouths. Another night there were chickens crossing the road (and here I thought they only did that in jokes!). To find snow there, when there was no trace of it anywhere else on the tour, was a bit of a shocker. Obviously I’m not going to claim this as evidence of anything supernatural, but sometimes this place seems just plain weird! 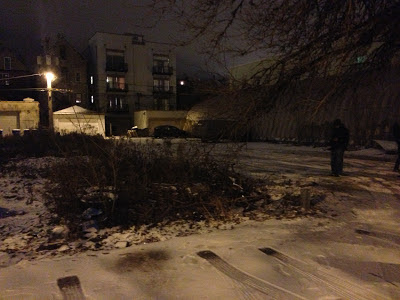 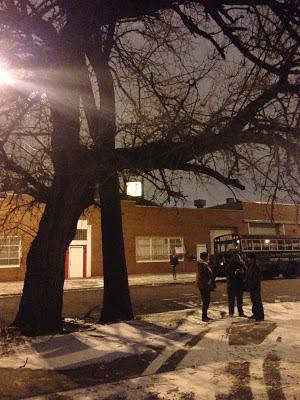 2 thoughts on “Meanwhile, Back at the Body Dump”