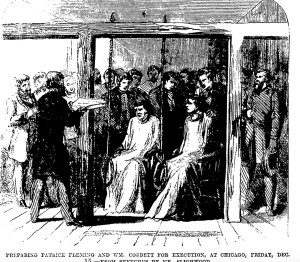 There’s wasn’t time in last week’s podcast, The Bloody Hand of West Randolph, to cover all the great stuff in the 1888 Chicago book about early ghost stories. So now we’re back, covering a few more, including: