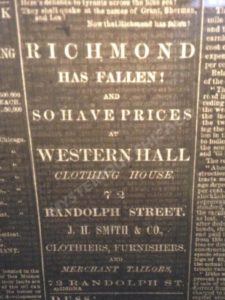 So, last month I was finishing up a book on Abraham Lincoln ghostlore, and found myself in the old familiar microfilm room at the Harold Washington library, digging through old issues of the Chicago Times, the Copperhead anti-Lincoln paper whose editor, Wilbur F. Storey, would have made a great cable news loudmouth.  While combing through the April, 1865 issues from the time when Richmond was taken back from the rebels, I found this fantastic ad for a clothing store. It’s like something you’d see on The Simpsons. 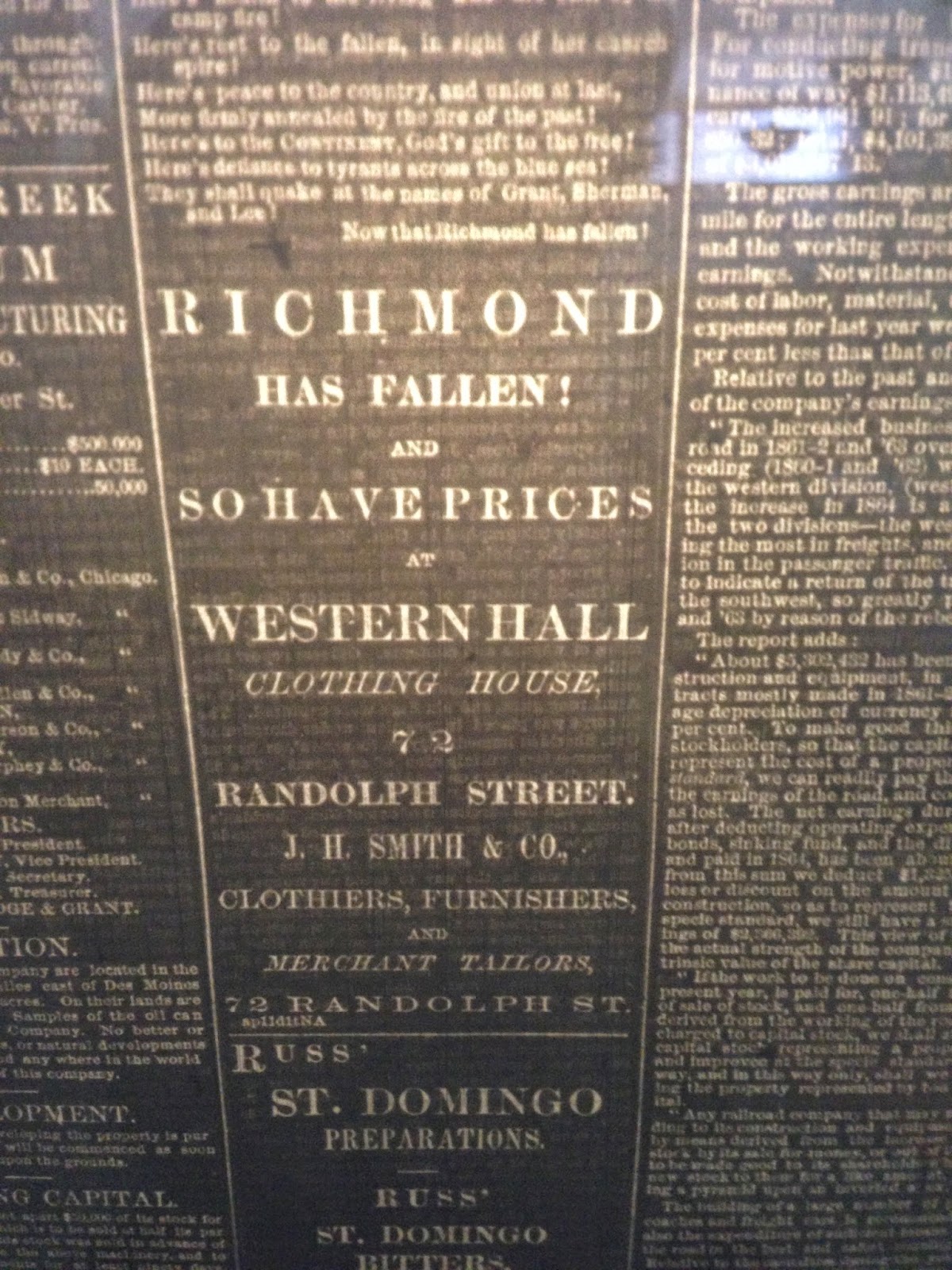 Also of note above the ad is a bit of song lyrics – the Times liked to publish song lyrics, some of which were just horrific – after General Burnside briefly shut the paper down and Lincoln himself canceled the order, Storey put out a triumphant song about “white rights.”
In this one, up above the ad is a song called “Now That Richmond Has Fallen.” Here, Storey (of whoever was working for him) tries to see the upside: now that the war is about to end, the USA and CSA armies can be combined into one big super-army. He had always insisted that the war was unwinnable, was a big hawk for slavery, and said that the Emancipation proclamation would go down in history as one of the vilest of all acts. But in early April of 1865, he was calming down, saying nice things about Lincoln now and then, and glad that the war was over. The last verse goes:
Here’s peace to the country, and union at last
more firmly entrenched by the fire of the past
Here’s to the continent, God’s gift to the free!
here’s defiance to tyrants across the blue sea!
They shall quake at the names of Grant, Sherman and Lee!
now that Richmond has fallen!
(Visited 185 times, 1 visits today)