Here’s a shot that should tell you just about all you need to know about how our trip to Rose Hill went: 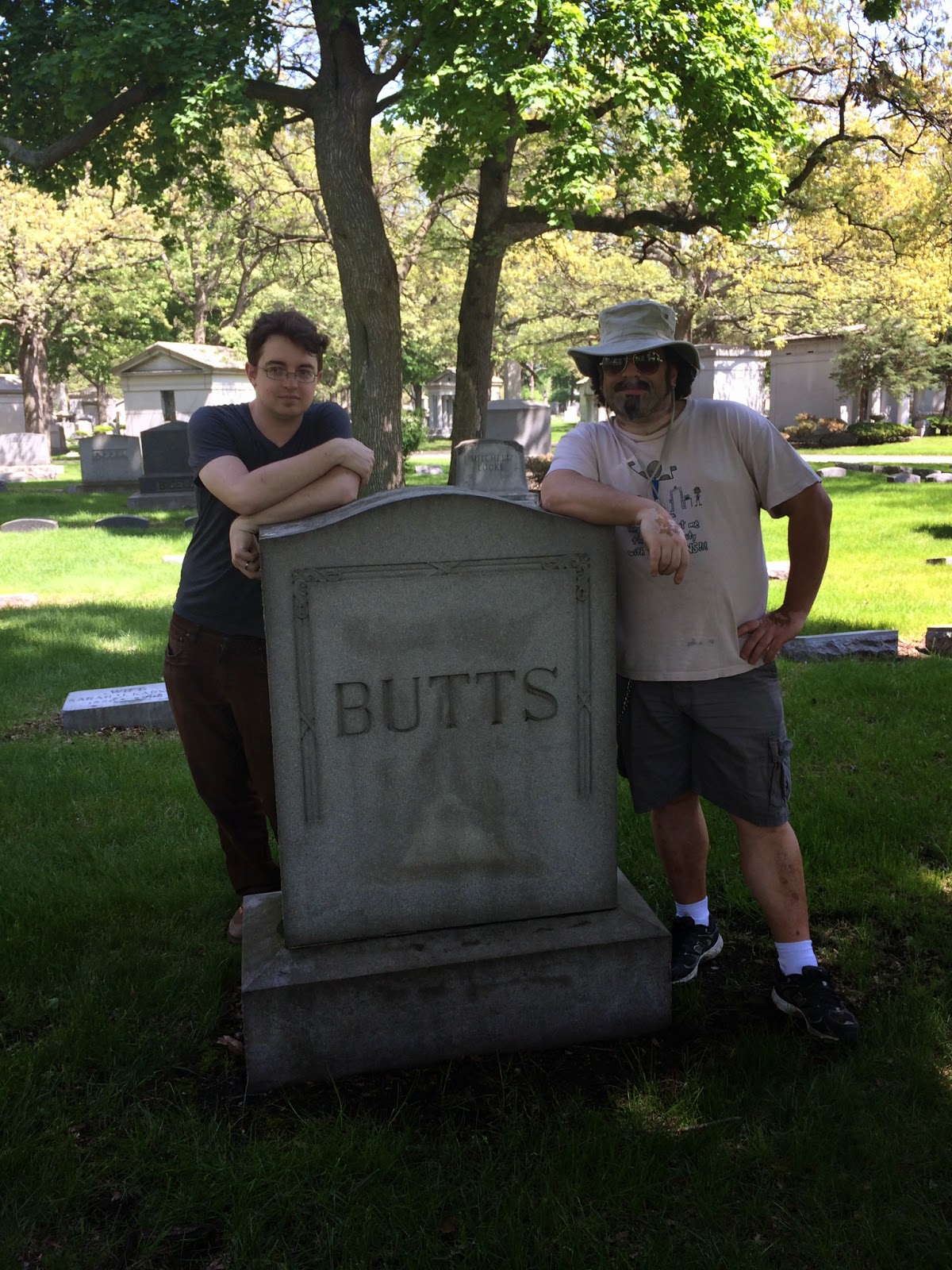 Yeah. About like that. We were joined by Susan Sherman, who explains how she is now part corpse due to a recent surgery, and was with me at the “Murder Castle” investigation a couple of years ago.  We wandered around Rose Hill trying to talk history, but getting distracted by our inner 12-year-olds as we saw graves with names like “Butts.”
You can download the 36 minute podcast from archive.org , or on feedburner (scroll to the bottom), or via iTunes , where you can subscribe for free. Or just listen on this nifty little widget:
Some pictures: 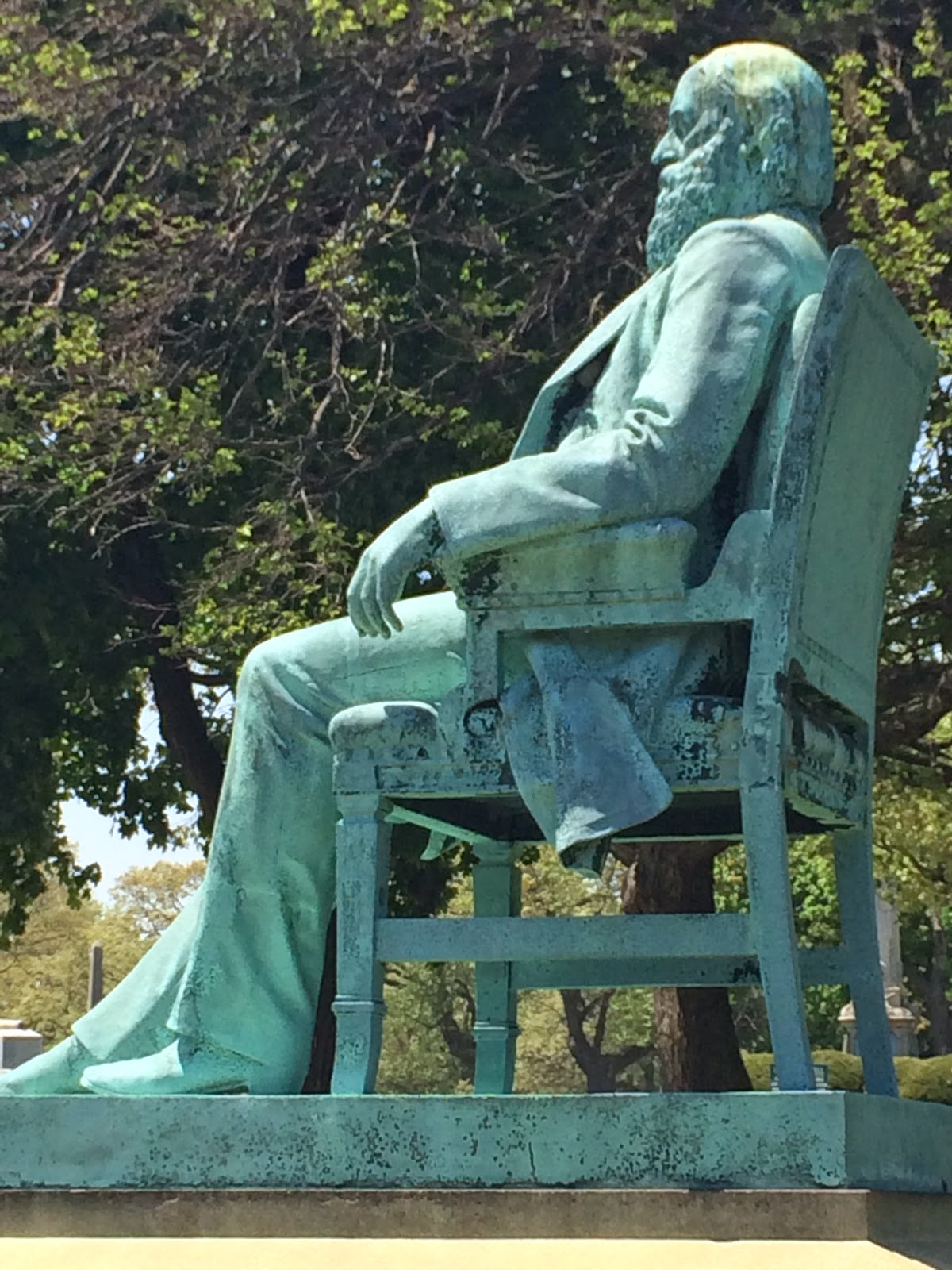 Charles Hull gets a fine statue while his wife, kids, and housekeeper get some little plaques. His wife Mellicent, buried near him, is sometimes thought to haunt Hull House, his Halsted Street home that became a settlement house under Jane Addams. 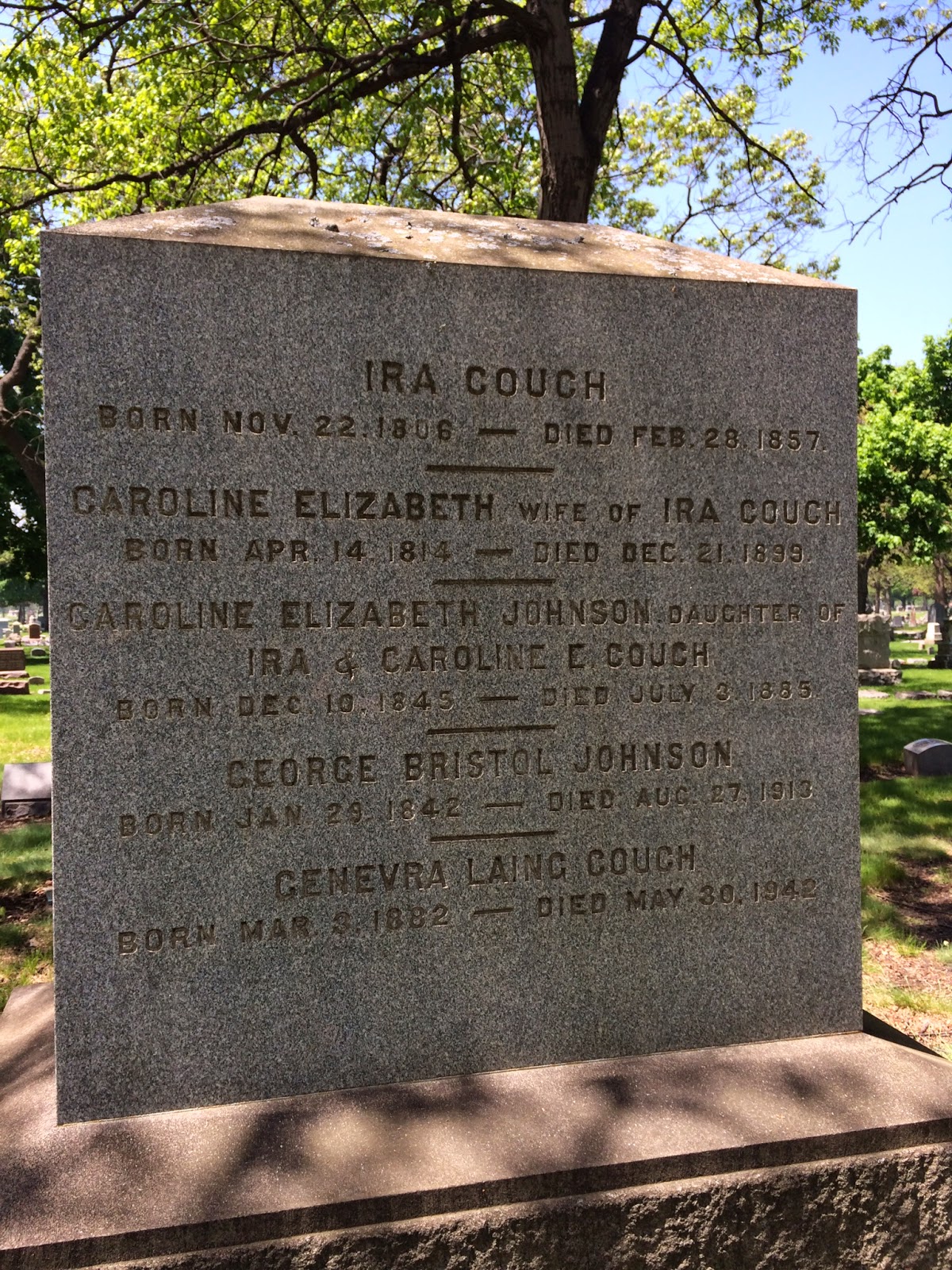 The Couch Family plot makes it look as though Ira Couch is here, though there’s no record that he (or any other body) was ever removed from the tomb at Lincoln Park. His wife is definitely here at Rose Hill, though; I’ve seen the probate record, and the funeral expenses mention Rose Hill. Her son James had been buried there in 1892 when the family decided against using the Lincoln Park tomb (though newspaper accounts make it look as though people thought the option was on the table. 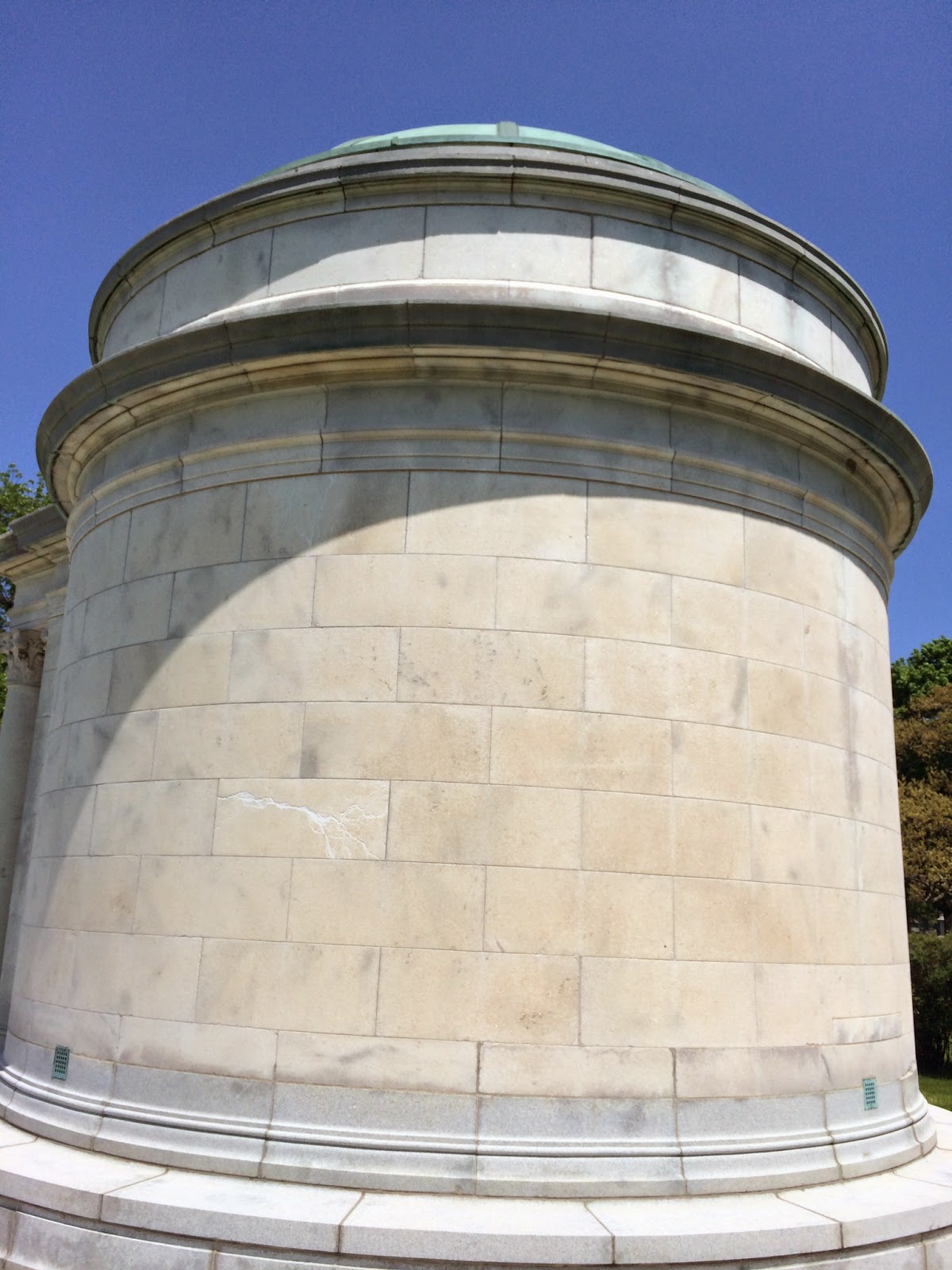 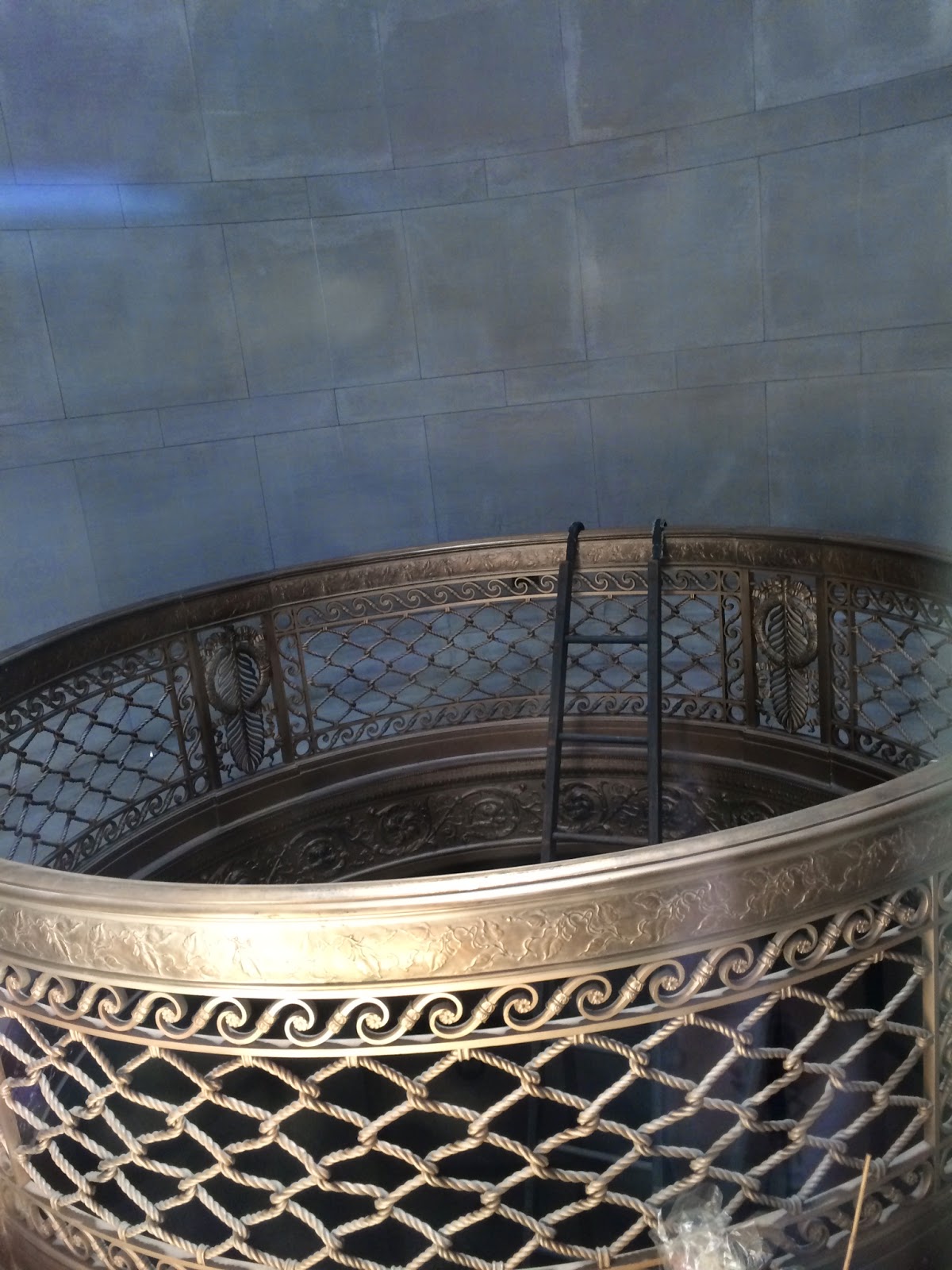 Exterior and Interior of the Harris (of Harris Bank) mausoleum, with a pit and a ladder leading down into a crypt (or underworld, maybe). 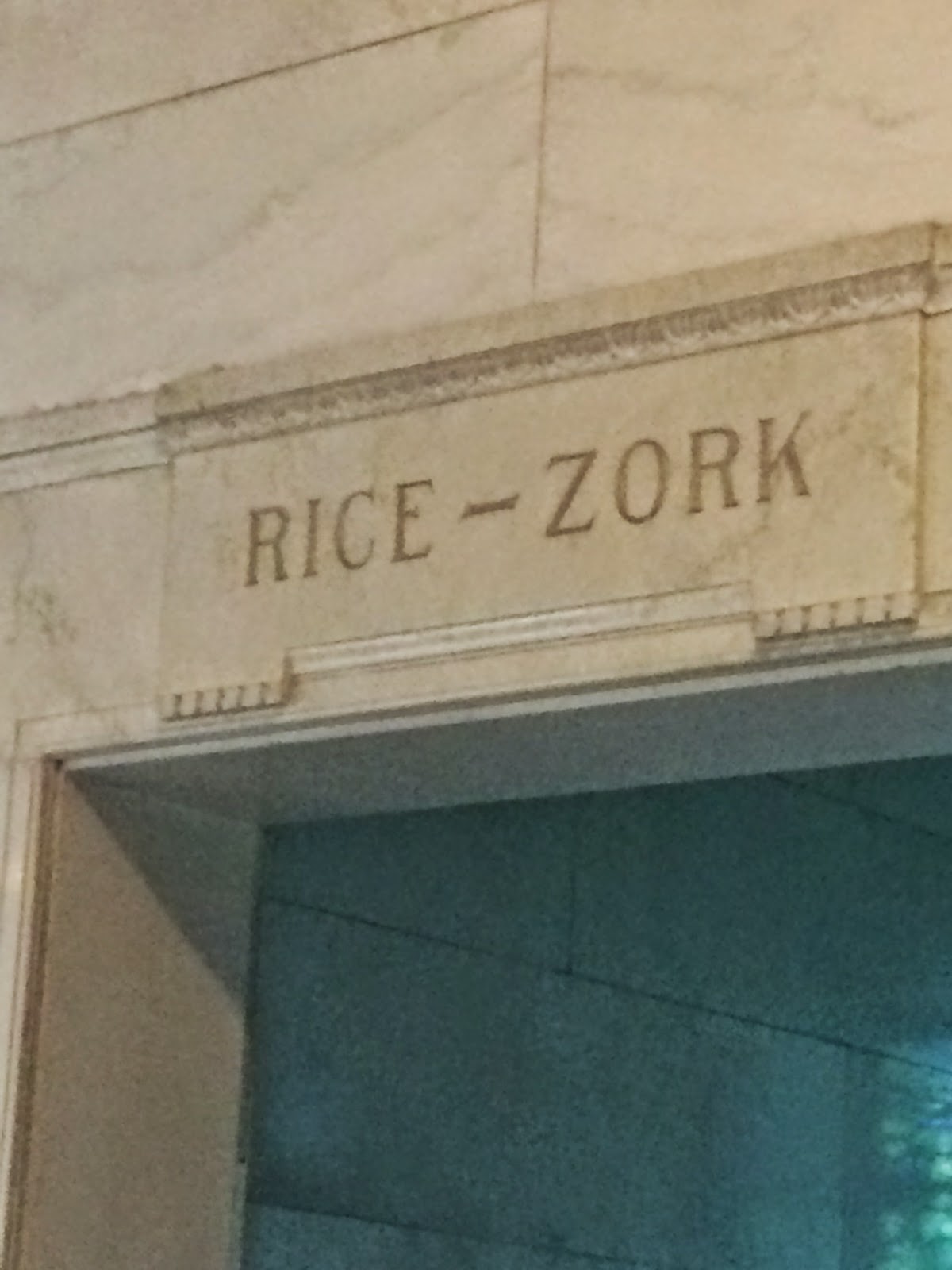 You are in a mausoleum. Hallways stretch north and east. A staircase leads down. 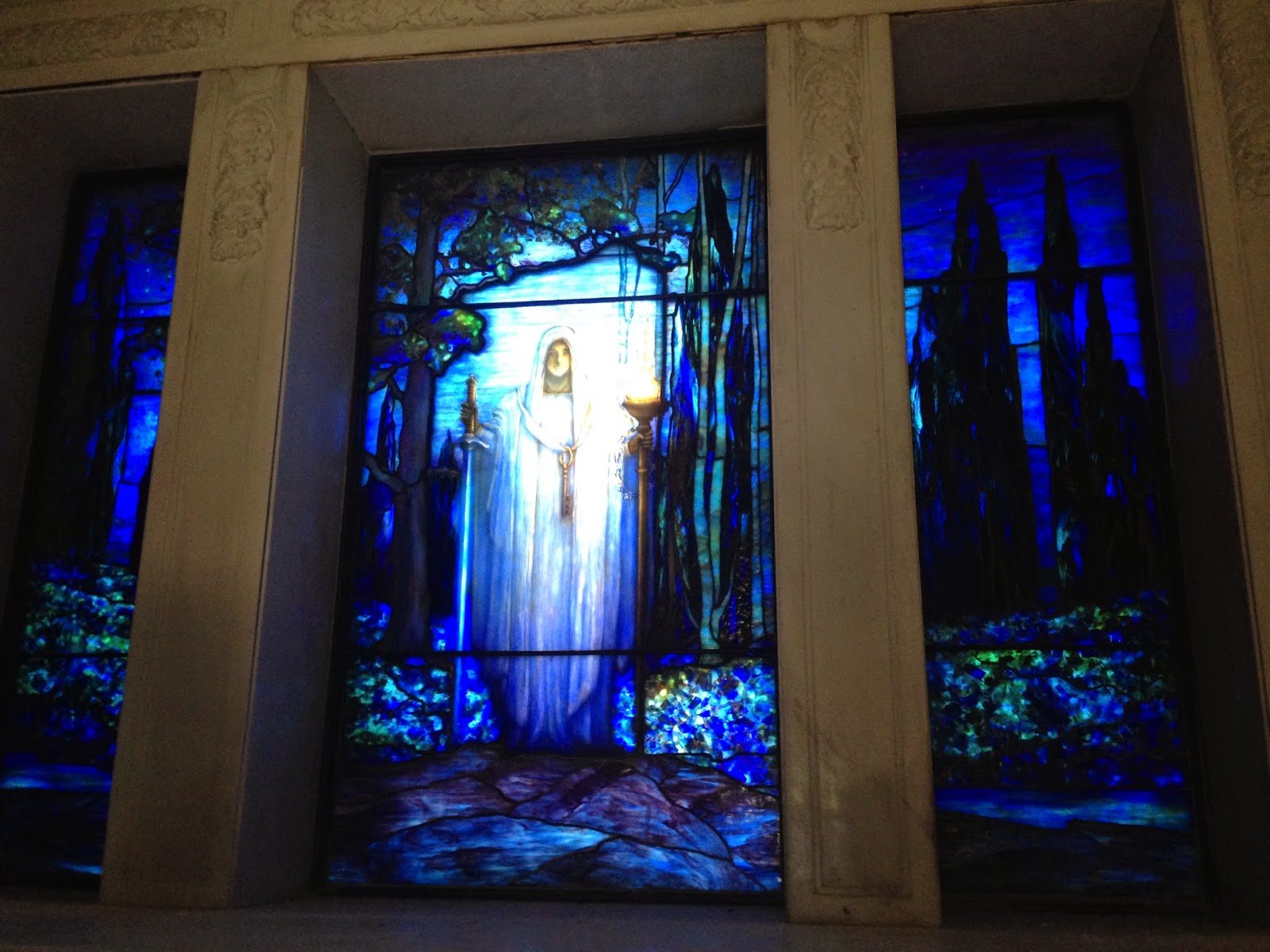 The Tiffany stained glass window in the Shedd crypt shows a dude in a hooded robe with a sword in one hand, a torch in the other, and a key dangling from his neck. It is impossible not to start singing “Stairway to Heaven.” 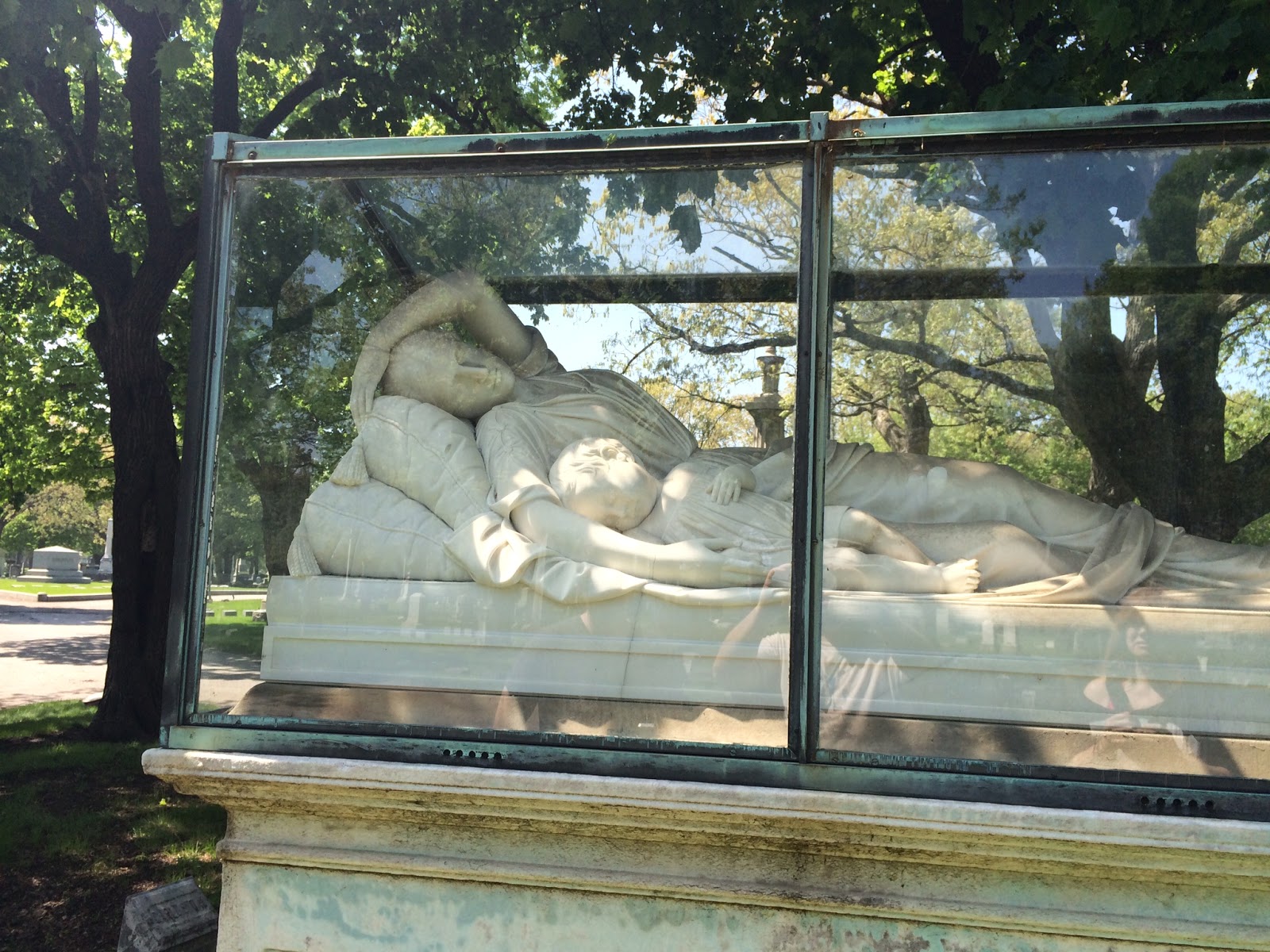 The reclining statue that was moved here from the old City Cemetery in Lincoln Park (whether the actual bodies were removed is probably anyone’s guess, though there hasn’t been nearly as much speculation as there was about Ira Couch).
Another episode will be coming soon!
(Visited 524 times, 1 visits today)

One thought on “Podcast: Rambling in Rose Hill”