One of the blocks down which we often travel (Lincoln Avenue, near Halsted) has been rebuilt to look about as it did in 1934 for the filming of Public Enemies, a movie about John Dillinger, who was shot and killed on the block in the alley near the Biograph Theatre. I wasn’t on the tour last night, but apparently the bus went by and got a brief glimpse of filming in the infamous alley. 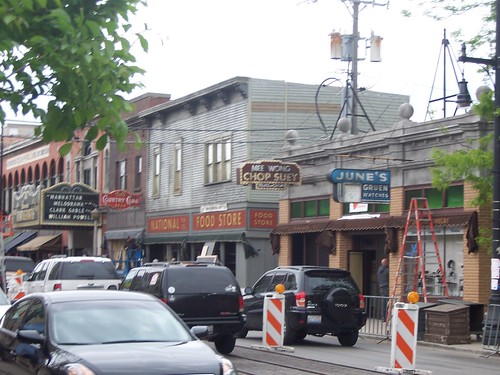