There’s a tagger in my neighborhood who is getting bolder and bolder, spray-painting the word “BAD” all over: 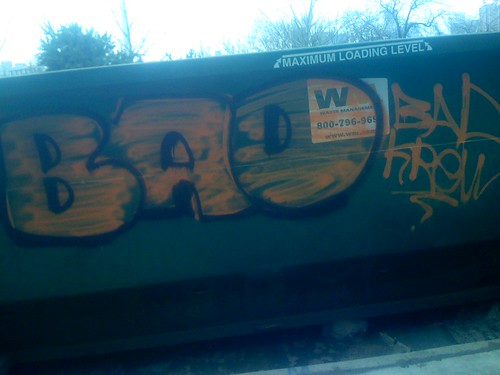 It can only be Michael Jackson and his Gang of Toughs!