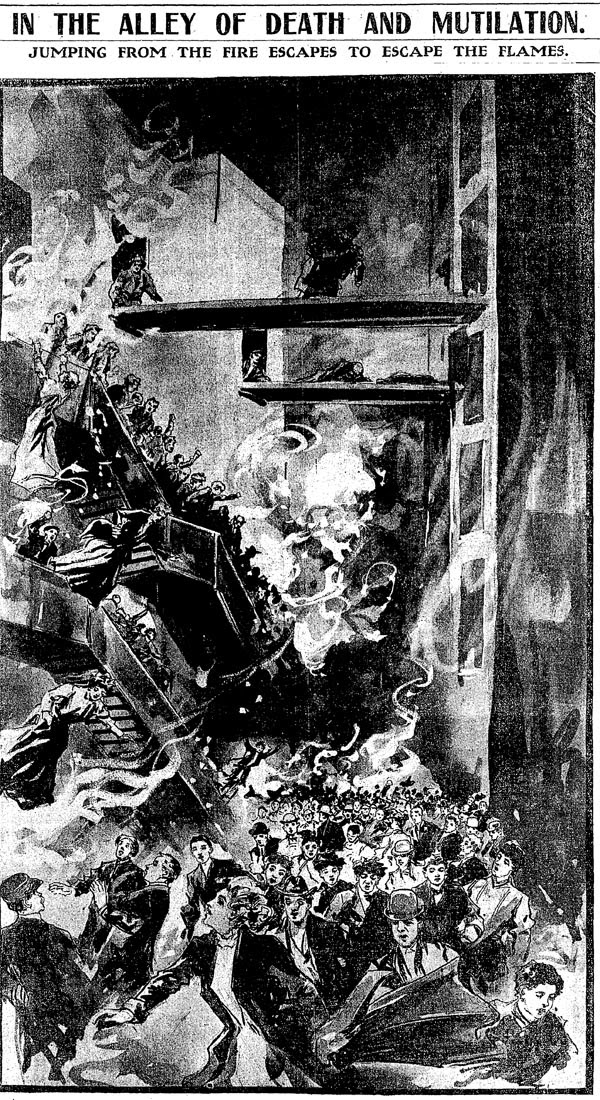 I only occasionally post “ghost” pictures here, partly because I rarely see any thing I think are all that interesting. You know what I always say – “there is no good ghost evidence, only cool ghost evidence.” Well, here’s some of that. One of my most common tour stops is the alley behind the site of the Iroquois Theatre, which the Tribune once called “The Alley of Death and Mutilation” (look at the clip from the paper on the right if ya don’t believe me!). Like any place, we go in and out of periods where people seem to be seeing ghosts there. For a month or two, someone will think they saw something every night, then it’ll quiet down for a long while.

In any case, countless people died here during the great Iroquois Theatre fire of 1903, some were trampled, some died of burns, and some were shoved over the rails of the useless fire escapes (there were fire escapes, contrary to common stories).

But, anyway, dig this pic from the tour, with a vaguely humanesque form back behind the woman on the right’s head. All I’ve done to edit it is blur the faces: 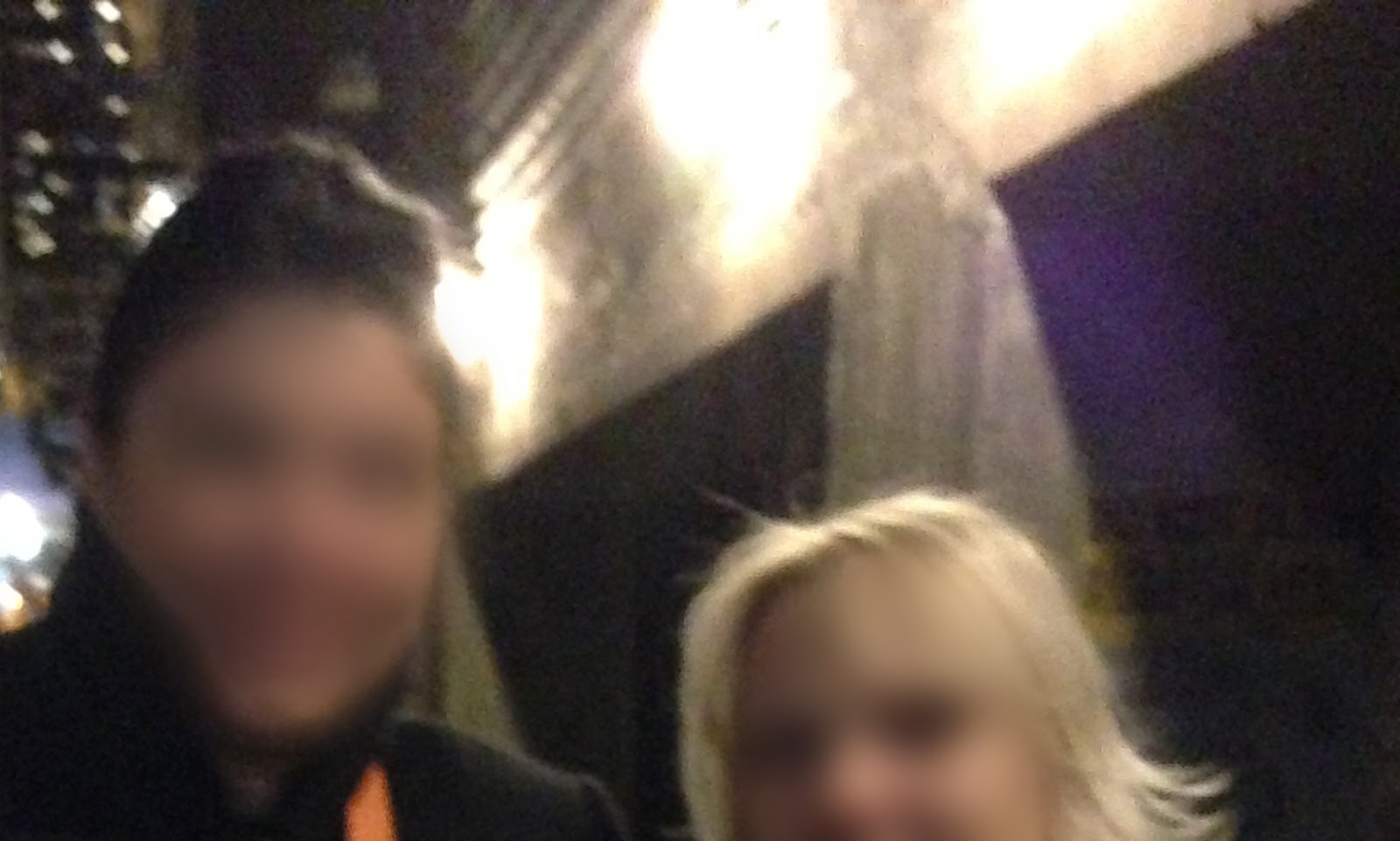 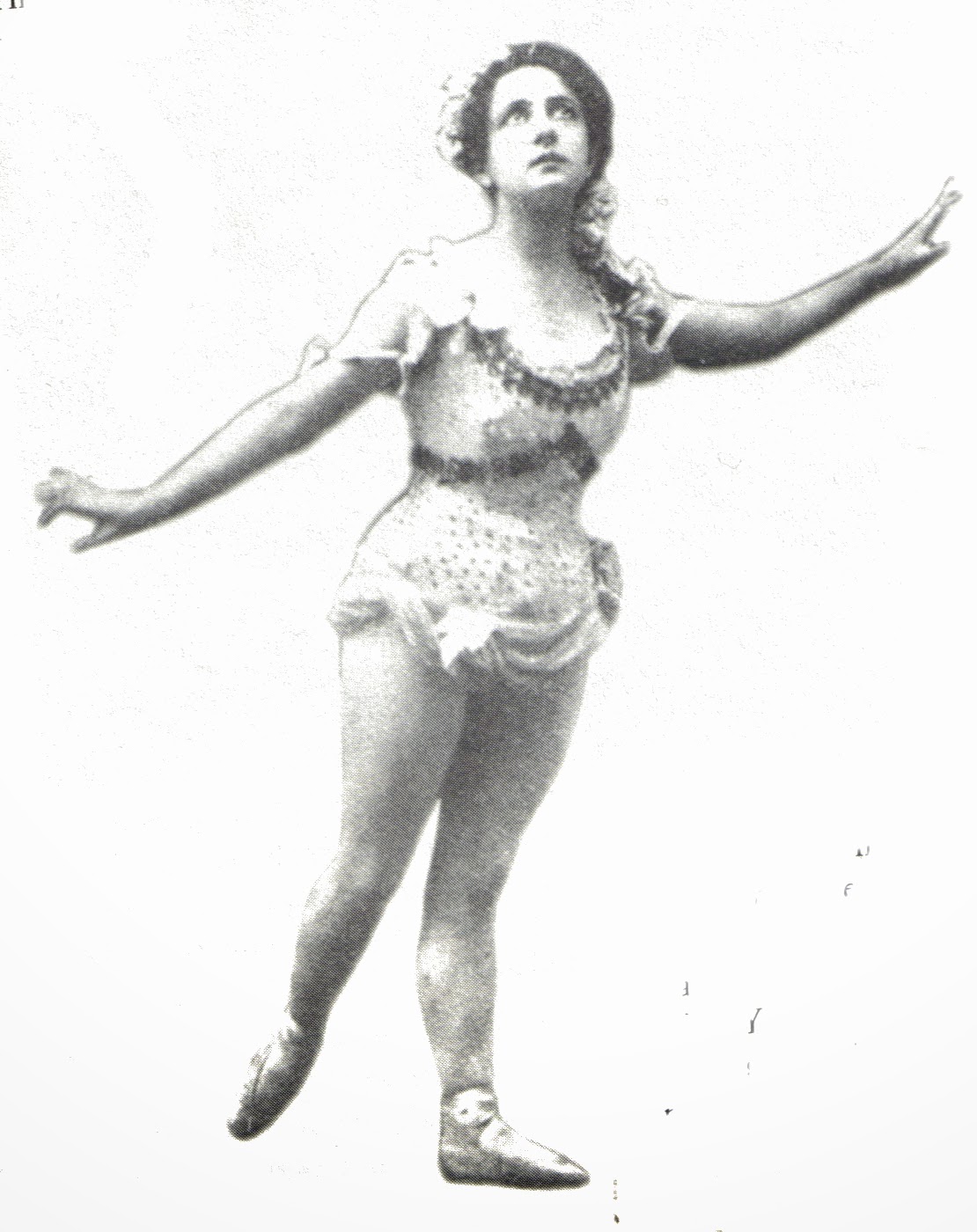 This was taken on the tour and emailed to me immediately, so I can at least say he didn’t photoshop it in later, and it doesn’t look much like one of of those “ghost app” shots (after all, those apps paste ghosts over your image, and this one is overlapped by the woman’s head).

The most obvious explanation here is that it’s a trick of the light, but I can certainly a detect a humanesque form. In fact, it almost looks like Nelly Reed, the trapeze artist who was killed by the fire (see image on left), though one could also connect it to any number of women who were killed in the tragic fire. Nellie is one of the women most frequently said to haunt the place, though she’s usually said to appear as a silhouette on the wall, particularly the garages on the opposite side of the alley from the theatre (more commonly back when they were painted blue).

More on the theatre and its associated ghostlore is in the new GHOSTS OF CHICAGO book!

Tune in tomorrow for a neat new discovery from the archives.