My, but there’ve been a lot of ghost shots here, lately, haven’t there? I’ll have to get some historical stuff going soon just to balance it out!

I started taking people to the HH Holmes “glass bending factory” site (click for podcast and more info) in 2008 as a historical curiosity on Holmes tours – but so much weird stuff went on there that I had to start adding it to the ghost tours, too!  Chris Hannigan, a recent tour passenger, sent these shots taken by Erin Brink. What do you think?  There’s SOME motion blur in the first one, but I don’t think it’s enough to account for the stuff on the center right that looks like a humanesque form, or the smaller one in the second shot. 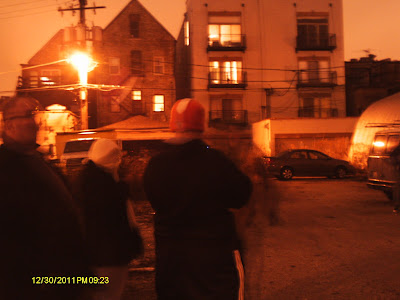 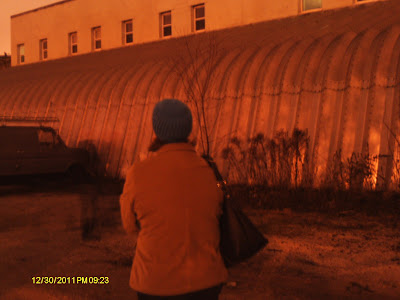 2 thoughts on “Ghosts at the H.H. Holmes body dump?”