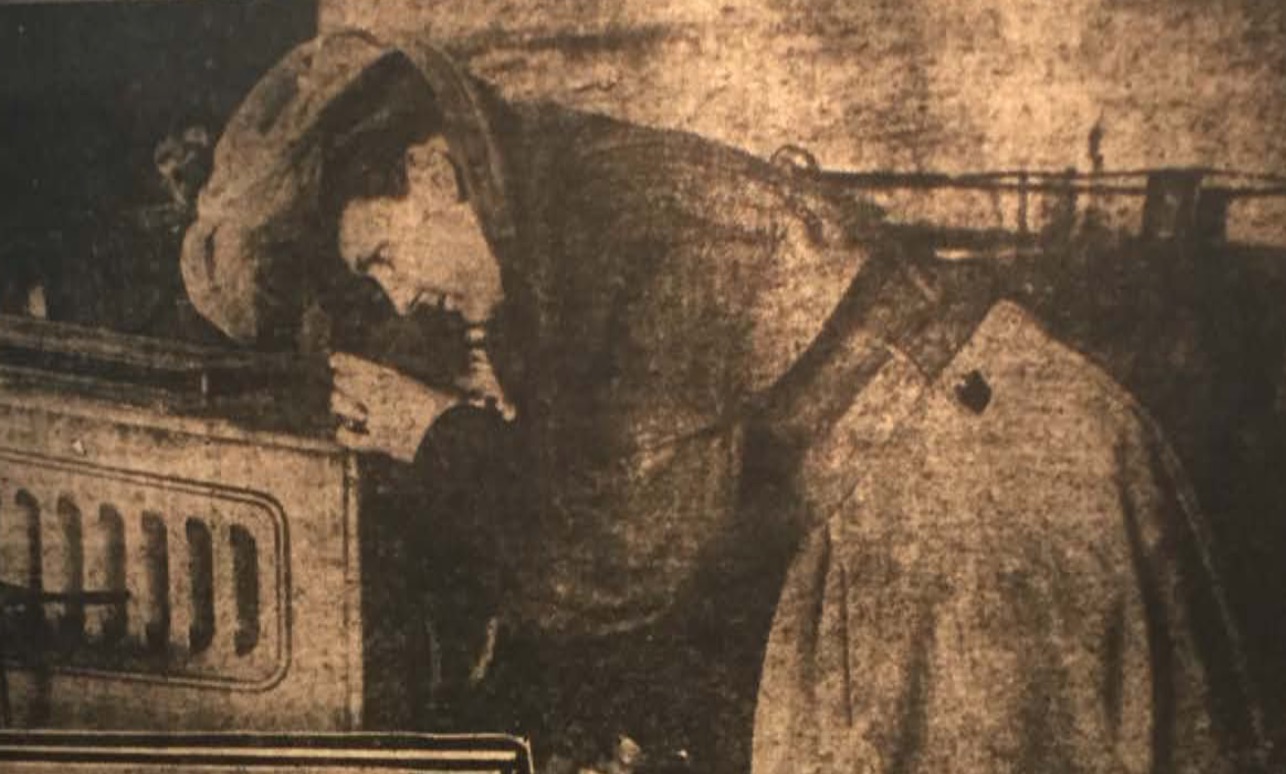 Mary E. Holland is a largely forgotten figure today, but she was well known around town in her time, and deserves to re-take her place as a famous part of Chicago history. One of the first female detectives in America, she presented forensic analysis at the  first modern trial in which a man was convicted on fingerprint evidence,  and was assistant editor of Detective magazine. Her real adventures inspired the fictional Madelyn Mack, star of a series of Hugo Weird novels which became a series of silent films.

She even played a role in one of Chicago’s enduring mysteries: The Bate Murder:

The facts of the murder are these: on a cold November morning, 1904, young William Bate was found slumped over the steering wheel of a car out beyond the edge of the suburbs. A bullet hole in his head made the cause of death obvious. His hand was still clutching the gear levers. No one had ever been murdered in an automobile before, which made the story bigger news. Making it bigger news was the fact that there was no clear motive, and the car and driver had been rented by a mysterious figure known only as “Mr. Dove.”

Who was Mr. Dove? Why did he kill Bate? And where was he?

The story was all the papers talked about for a week or two, and in the middle of it the police called upon Mary to investigate. She analyzed the car, the bloodstains, the coat fibers in the seat, and the fingerprints, and determined that Mr. Dove may not have been the killer. There was a third person in the car – her theory was the Dove was the victim, and before dragging Dove’s body away, the killer also murdered Bate to keep him silent. “There exists in the blood stains on the automobile the unmistakable evidence that some person or heavy object has been dragged from the rear seat over the right side of the machine,” she wrote. “This was done when the blood was wet. I cannot be mistaken in this.”  The American was a full-on tabloid in those days, even publishing photos recreating the murder (it was one of those papers that took full advantage of the new ability to use photographs), but, like even the worst of the tabloids, sometimes their intrepid reporters did get some fantastic info, and sometimes they did things like inviting a female detective to weigh in.

At the time of the Bate murder, Mary was helping to educate U.S. authorities in the science of fingerprint analysis, which she’d studied in London.  While not an official member of the Chicago police, she often consulted for them. Testimony she gave about fingerprinting led to the first person hanged for murder based on fingerprint evidence in 1912.

Whether she was right about the third person in the Bate murder is still not known – the mystery was never solved. I’m now working on putting together more of the mystery of her own life; I knew she died around 1915, but I’m not sure what the cause of  death was. And her probate file brings up some NEW mysteries: she’d been divorced from her husband in 1909 (he sued for divorce on the grounds that she’d deserted him for two years), then remarried and divorced again very quickly, and was on good enough terms with her first husband in 1913 that he was a witness when she signed her will.

I had never heard of Holland until I ran across an article she wrote for the Chicago American about her findings from examining the Bate Murder car, but she turned out to be fascinating. In 1913, she even wrote a series of short stories about her adventures under the name “Mistress of Mysteries;” one of them was about the Bate murder. I located some of them and republished a compilation on Amazon for the lowest price they’d let me – they’re delightful cozy city mysteries.  I also included an introduction about her life and a copy of her analysis of the Bate murder car (and priced it as low as Amazon would let me). I feel as though her career as a writer was probably just getting started when she died in 1915.

You can also read some Madelyn Mack stories at archive.org