Here’s an odd shot from a July, 2009 tour by Christy Jackson – a shot from the Florentine Ballroom at the Congress hotel. 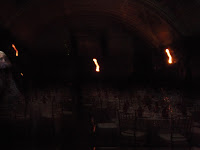 Doesn’t look like much on its own. Here’s a close-up, though, of the thing on the left. Dude with an old-timey mustache? 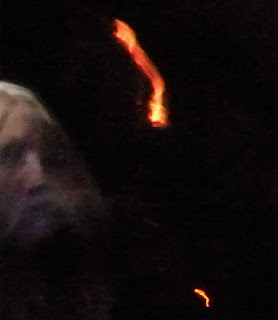 Odd, huh? My first though on seeing it was to make a crack about Buffalo Bill (who did, in fact, stay at the Congress and was probably in this ballroom at one time or another). But what about Captain Louis Ostheim, the Spanish American war vet who killed himself in the hotel in 1900? 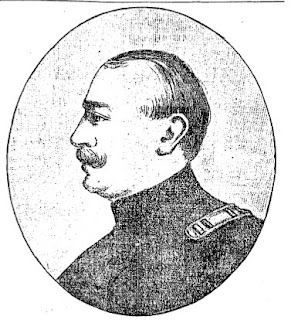 Notes from the photographer:

“This is a photo I took on the Devil in the White City Tour in the Florentine Ballroom at the Congress Hotel. I didn’t notice the strange figure to the left until about 3 weeks later when I finally got around to putting the photos on my computer. I don’t remember any white haired colonial dressed men with us on the tour, so this is definitely freaky! As for you skeptics, I guess it doesn’t really matter what I say, but I wouldn’t have the slightest clue about how to fake this photo, nor would I have the time to waste creating it. Anyways, what fun would it be for me to know that it’s not real?”
I was looking at the pictures I took afterword that I took with a flash, and there was a lady standing around but I can’t see how that would be her. But I guess it could be proof enough for some people to say it’s not real.”