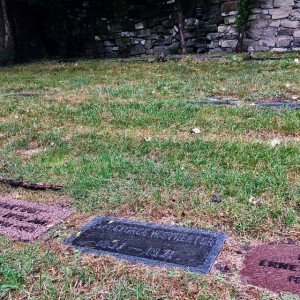 I’ve been speaking about Captain George Wellington Streeter since my very first tours. Though I doubt very much that he really put a “curse” on the landfill he created – and declared to be his own country – his story is a uniquely Chicago sort of tale, a story that sounds like something from the 1600s happening in the 20th century!

It occurred to me that I’d never seen a photo of his gravestone before, if he even had one, but a newspaper write-up of his funeral indicated that he was interred at Graceland Cemetery. After my recent tour there, I went to track him down, joined by a tour guest who’s written a novel about ol “Cap” Streeter. Listen in!