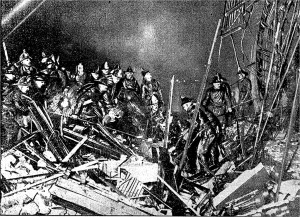 No book of Chicago ghostlore is complete without the story of fireman Francis “Frank” Leavy. The story goes that one day in the 1920s, Frank was in the fire station, leaning his hand on the window and saying “this is my last day with the fire department,” or “I’m dying tonight,” or something equally cheery. That night, there was a massive fire that claimed the lives of several fire fighters, including Levy. The next day, his handprint was still on the window, and could not be removed. The print stood up to even the most abrasive cleansers until 20 years to the day after the fire, when the window was shattered by a paperboy.

The story is part of Chicago’s folk mythology.

However, the thing about folk mythology is that it isn’t all true. It doesn’t have to be; whether Resurrection Mary, for instance, is real or not doesn’t make one bit of difference on her effect on Chicago history. And plenty of supposedly haunted places have no real story to back the hauntings up (ala The Red Lion), or the stories that go around are totally false (ala The Excalibur Club). I’m proud to say we didn’t make up any ghost stories for our book, but we did include a handful of famous stories that we regard more as straight up folklore than a “true” story. We didn’t want people to read through it and say “hey, there’s nothing here about Inez Clarke! This isn’t the ULTIMATE Chicago ghost book at all!”

So, what of Frank Leavy? Was this story real or not?

Francis Xavier Leavy WAS a real person, and qualifies as a Chicago hero. He lived at 6507 S. Whipple, where neighbors admired his yardwork. And the fire that killed him and six other fireman really did happen in 1924 at Curran’s Dance Hall on Blue Island Avenue. Leavey left behind a wife and two young children whose care was aided by massive drives in the city for aid to the fallen firemen’s kin. Here’s a photo of the fire – Leavy, as I understand it, was one of the seven firefighters killed when a wall collapsed. 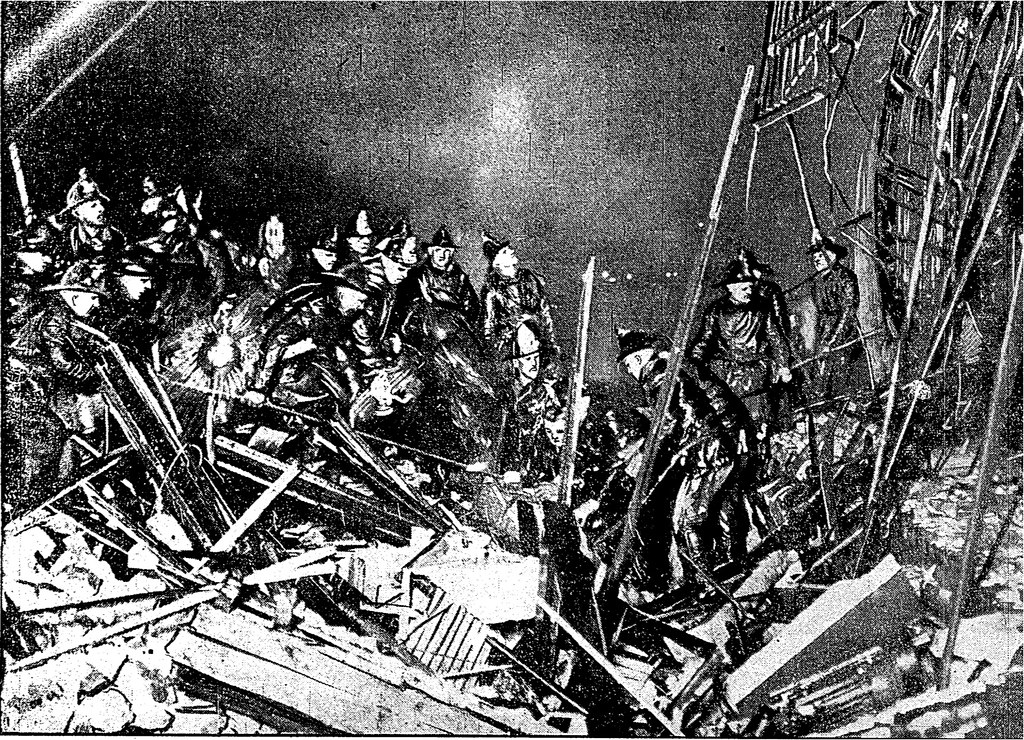 an image from the aftermath of the fire

But the ghostly handprint story? THAT I’m not so sure about. If the handprint was on the window, no one seems to have bothered to take a photograph of it. The earliest mention I can find of the story (so far) is in ghost books published decades after the fire station in question was demolished. (update: a photo eventually surfaced – see above!)

So the story may have been collected from oral tradition, but it also may well be pure fiction. But because of the story, thousands of Chicagoans who never would have heard of this heroic fireman otherwise know Leavy’s name, and the sacrifice he made for the safety of the city.

If anyone has any backup for this story, please let us know!

(note: the newspaper records of the fire usually spell his name “Leavey,” but the official records I’ve found with his signature spell it Leavy, which is out it appears in most books).

(further note, added 30 march 2010: I’m thrilled to have heard from so many descendants of Frank Leavey who have confirmed that the handprint story has been going on for a long, long time! I’d still love to see a photograph of it or a contemporary account, but I’m certainly convinced that the story wasn’t invented for use in a ghost book).

(further further note added 2015: a picture was recently found. It looks a BIT retouched (as newspaper photos often were in the 1930s for the sake of clarity), but the handprint was clearly not only real, but something the fire department venerated).